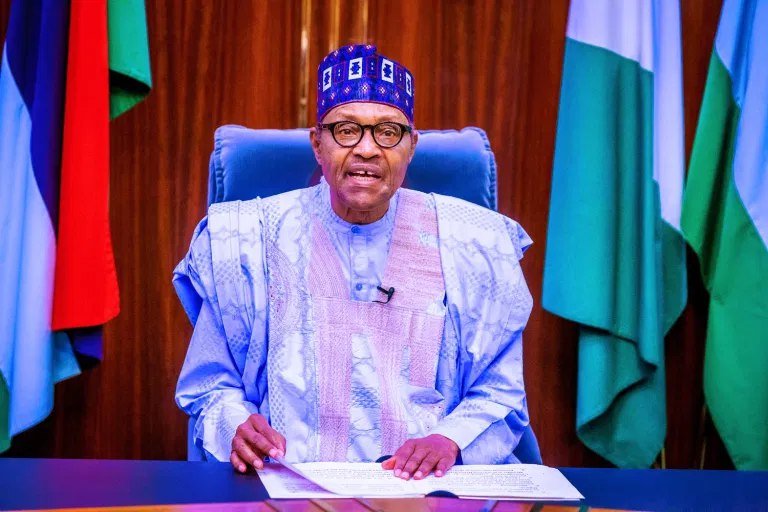 The governors of the opposition party, Peoples Democratic Party (PDP) have tackled President Muhammadu Buhari for blaming his predecessors; Olusegun Obasanjo, Umaru Yar’Adua and Goodluck Jonathan for the near destruction of the country, the governors said Nigeria was not only going backwards, but also more divided under Buhari.

Buhari, who said this on Thursday in his nationwide broadcast to mark the nation’s 60th independence anniversary, gave an indication of further hikes in the price of petrol and blamed his predecessors between 1999 and 2015 for near destruction of the country

The President justified the recent increase in the price of petrol in the country, saying it made no sense for the commodity to be cheaper in Nigeria than in Saudi Arabia.

But opposition People Democratic Party and the PDP governors said Nigeria was not only going backwards, but also more divided under Buhari .

The President, in his speech, defended the recent petrol price hike. He said, “A responsible government must face realities and take tough decisions.

“Petroleum prices in Nigeria are to be adjusted. We sell now at N 161 per litre. A comparison with our neighbours will illustrate the point.

He specifically blamed those who were in charge of the country between 1999 and 2015 when he took over, saying they presided over the near destruction of the country.

Former President Olusegun Obasanjo, the late Umar Yar’ Adua and former President Goodluck Jonathan were in charge of the country during the period Buhari mentioned.

The President said, “No government in the past did what we are doing with such scarce resources. We have managed to keep things going in spite of the disproportionate spending on security.

“Those in the previous governments from 1999 to 2015, who presided over the near destruction of the country, have now the impudence to attempt to criticise our efforts. In the circumstances, a responsible government must face realities and take tough decisions. ”

Buhari also admitted that the nation’s economy under his watch was in crisis. He, however, claimed the situation was the same with every economy of the world.

The President also admitted the various security challenges affecting parts of the country.

He said, “Today, I am aware that our economy along with every single economy in the world is in crisis.

“We still face security challenges in parts of the country, while our society suffers from a high loss of moral rectitude which is driven by unbridled craving for political control.

Nigerians React As Buhari Locks Comment Section Under His Tweets

Lamenting that Nigerians dwelt on divisive issues, Buhari said, “An underlying cause of most of the problems we have faced as a nation is our consistent harping on artificially contrived fault lines that we have harboured and allowed unnecessarily to fester.

“In addition, institutions such as civil service, police, the judiciary, the military all suffered from a general decline.”

The President said the outcome of the recent governorship election in Edo State confirmed his belief in credible polls.

He said, “I am a firm believer in transparent, free, fair and credible elections as has been demonstrated during my period as a democratically elected President.

“The recent build -up and eventual outcome of the Edo State election should encourage Nigerians that it is my commitment to bequeath to this country processes and procedures that would guarantee that the people ’s votes count.

“The problems with our electoral process are mainly human induced as desperate desire for power leads to desperate attempts to gain power and office .

“Democracy, the world over and as I am pursuing in Nigeria, recognises the power of the people.

“However, if some constituencies choose to bargain off their power , they should be prepared for denial of their rights .”

The President noted that Nigeria grappled with multiple challenges with a population exceeding 200 million occupying the same land mass but 52 percent residing in urban areas.

According to him , 60 years of nationhood provides an opportunity to ask questions on the extent to which Nigerians have sustained the aspirations of the country’ s founding fathers .

He said Nigerians needed to begin a sincere process of national healing, saying the 60th independence anniversary presented a genuine opportunity “to eliminate old and outworn perceptions that are always put to test in the lie they always are.”

Emphasising the need for Nigerians to unite, Buhari said, “I am convinced that if we pursue our aspirations together, we will be able to achieve whatever we desire. That informed our adopting the theme together to mark this epochal event.

“Together, we can change our condition for the better and more importantly, together we can do much more for ourselves and for our country.

“Nigeria is not a country for Mr President, any ruling or the opposition party but a country for all of us and we must play our part, irrespective of challenges we face, to make this country what we desire.”

He said his regime was grappling with the dual challenge of saving lives and livelihoods in face of drastically reduced resources.

But the PDP spokesman, Kola Ologbondiyan, in an interview with The Punch Newspaper on Thursday evening, berated Buhari over his comments on Obasanjo , Yar ’Adua and Jonathan .

He said, “It is unfortunate that our President can turn around today to attempt to rewrite history. Nigerians are aware and the facts are there that this country of ours was not as divided as it is today. If he disputes this fact, let him tell Nigerians how he won the 2015 elections. It is a fact that the Boko-Haram terrorists were driven out of their strongholds and elections were held in the 774 local government areas of Nigeria and results were declared.

“ It is also an undisputed fact that the agitations by component units of this nation for self – determination have not been as loud as they are today under General Buhari ; you have people from the Sout- West calling for Oduduwaa Republic , the South- East for Biafra , the Middle Belt and so on. The reason is simple, this regime from its conduct and utterances has given an impression of ‘we versus them.’ The level of nepotism is legendary. The corruption is beyond imagination, yet the regime carries on like nothing is wrong. We appeal to this regime especially the President to change his ways so that history can be kind to him.”

He stated, “President Buhari’s attempt to justify the increase of fuel price in Nigeria by comparing it to the N 168 per litre cost in Saudi Arabia is a morbid joke, noting that the minimum wage in Saudi Arabia is N 305, 113 ( 3000 Saudi Riyals) , ten times higher than our paltry N 30,000 , which is largely unimplemented in Nigeria.

“ Our party charges Mr President to always check his books before making such offensive comparisons including the price in Egypt where monthly average earnings are around N 222,841 ( 9,200 EGP ) against our N 30,000 .

“ In comparing our costs with other countries such as Ghana, Chad and Niger where purchasing powers of citizens are much more higher, did Mr President reflect on costs of house rent, education , healthcare and average dependence on fuel for daily survival by ordinary citizens as obtainable in Nigeria?”

The forum, in a statement on Thursday titled, ‘ Reflection on Nigeria @ 60: The past, present and way forward… We need a national dialogue ,’ issued by Tambuwal, said Buhari supervised the nation’ s slide into extreme decay within just five years in power.

It said in spite of enviable strides recorded since independence 60 years ago, the nation appeared to be on reverse gear with the state of affairs in the country.

The PDP governors ’ forum said, “ In the last five years, under the APC -controlled administration, Nigeria has continued on the downward slide into extreme decay, with the country displacing India as the poverty capital of the world, with an estimated 87 million Nigerians living on less than $ 1.9 US a day (Brooking Institute 2018 ).

“We as leaders must strive harder to make sure that poverty is minimised in all parts of the country. This is even made worse by the fact that in 2019 , Nigeria ranked 93rd out of 117 qualifying countries with a score of 27.9 below Guinea and Mali in the Global Hunger index.

“ It is also regrettable to note that the Buhari – led APC administration has plunged Nigeria deeper into the debt trap after the country had exited from its initial debt burden from the London and Paris Clubs under the PDP – led administration .

Implications Of Price Hike On Petrol And Electricity

“ It is indeed sad to observe that Nigeria’s external debt hit a 16 year high of $27 billion in December 2019, just higher than the $20 .8bn in external level as at 2005 when Nigeria exited from the club of its foreign creditors.”

Reps Member Reveal How Much They Receive Monthly