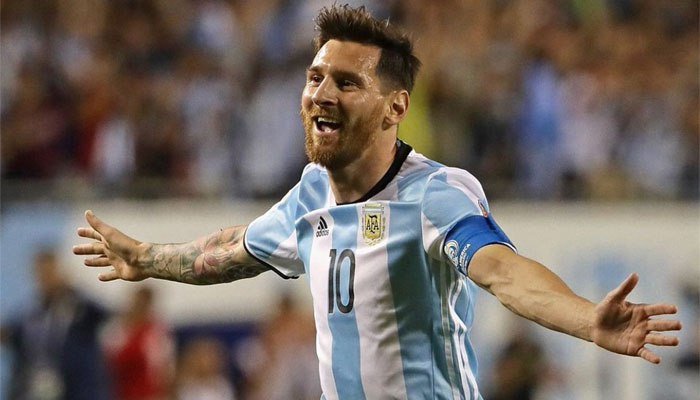 Superstar footballer Lionel Messi will take a break from his Barcelona soap opera as he bids to fire Argentina to the World Cup in Qatar and what will probably be his last chance to try to win the coveted trophy.

The 33-year-old, a record six-time winner of the Ballon d’Or, has won everything in the club game with Barcelona several times over but his international trophy cabinet looks bare in comparison.

“The only goal I have now is to win the World Cup with the national team,” he has said.

The closest he has come so far was as losing finalist against Germany in 2014.

Thursday’s clash with Ecuador gives him the chance to start building towards one last tilt at that goal.

He will be 35 by the time the Qatar World Cup ends, and will turn 39 during the following global showpiece in North America.

In the meantime, he has a pair of qualifiers — Argentina also travel to Bolivia next Tuesday — to distract him from his club travails.

Messi tried to force his exit from the Catalan giants in the close season but Barca held firm and a 700 million euro release clause ensured he remained, albeit disgruntled.

Playing Ecuador in his homeland may provide a welcome respite but it is also fraught with potential difficulty.

Four years ago at the start of qualifying for the 2018 World Cup in Russia, Ecuador stunned Argentina 2-0 at River Plate’s iconic Monumental stadium in Buenos Aires.

It took a hat-trick by an inspired Messi in Argentina’s final qualifier — away to Ecuador — to send the twice world champions to Russia.

Thursday’s match will be in another iconic stadium: Boca Juniors’ Bombonera.

But it will be a surreal experience in an empty ground that would normally be bouncing with stands packed full of some of the most fervent and passionate fans in the world.

Covid-19 has put paid to any hopes of a paying public.

This is a much-changed Argentina from that which disappointed at the last World Cup.

Young coach Lionel Scaloni embarked on an ambitious regeneration of the squad following the abject exit from Russia under the tutelage of Jorge Sampaoli.

“We can say that there are seven or eight “memory” players that are the foundation,” said Scaloni, pointing out that with “only one day of preparation” they would need the experienced heads to help the team hit the ground running.

He will be without the injured Manchester City forward Sergio Aguero, though, while Scaloni has left out Paris Saint-Germain winger Angel Di Maria.

“Messi needs two players ahead of him that he can assist, and sit deep, not at the tip. That’s how we got results at the Brazil 2019 Copa America,” added Scaloni in reference to Argentina’s third-place finish.

One player competing to lead the line is Sevilla’s Lucas Ocampos.

“He’s strong, technical and scores goals, and also helps in the defensive phase,” said Scaloni, who will have to also select between Paulo Dybala of Juventus and Inter Milan’s Lautaro Martinez.

It’s been a turbulent COVID period for Ecuador, who will be led by Argentine Gustavo Alfaro after Dutchman Jordi Cruyff quit without ever leading the team.

Read Also: I Have No Future At Barcelona – Messi Tells Koeman

Cruyff, the son of late Dutch legend Johan Cruyff, was hired in January but football was put into lockdown over COVID-19 before he could take charge of his first match and he subsequently resigned in July with no restart date yet fixed.

Alfaro has coached 13 clubs in Argentina, winning the Copa Sudamericana with Arsenal in 2007, but this is the 58-year-old’s first job as a national team coach.