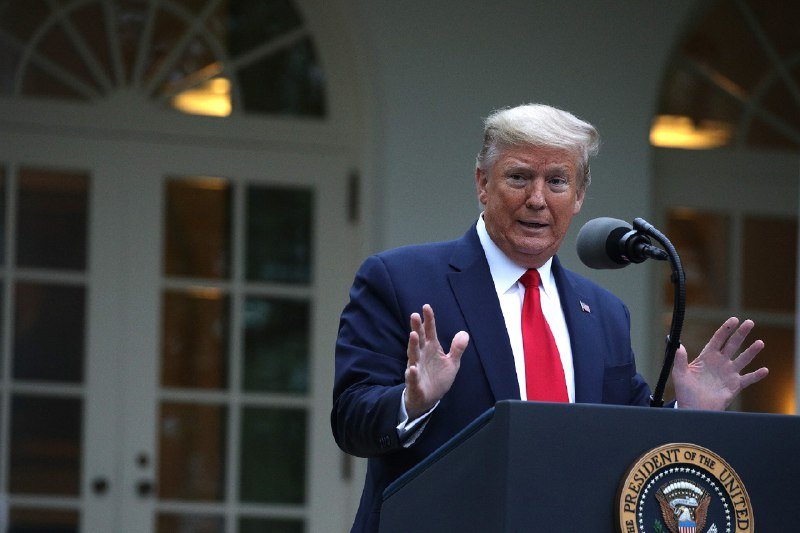 Wall Street stocks dropped Tuesday, falling abruptly after President Donald Trump ended talks on another round of stimulus spending to support the coronavirus-ravaged US economy.

After weeks of tortuous negotiations, House Speaker Nancy Pelosi and Treasury Secretary Steven Mnuchin had appeared to be making progress on another large package that could include funds to boost airline jobs and unemployed workers, among others.

School re-opening: We Are Still On Strike, ASUU Tells FG

But Trump called off talks until after the election, accusing Democrats of not negotiating in good faith.

“I have instructed my representatives to stop negotiating until after the election,” he wrote in a tweet.

Art Hogan, chief market strategist at National Securities, said investors had become more optimistic in recent days about the odds of a bill given the latest talks between Mnuchin and Pelosi.

“Clearly this is not something that the market is going to favor,” Hogan said. “This has gone from being a tailwind to being a headwind for this market.”

Highflying tech shares were under pressure, with Apple, Amazon and Facebook all down more than two percent.

Airlines were another bruised sector, as any new stimulus measure was expected to include money to keep employees at the carriers on payroll. Delta Air Lines, United Airlines and American Airlines all shed around three percent or more.

Boeing slumped 6.8 percent as it slashed its forecast for medium-term new jet demand due to the coronavirus downturn.

The company projects industry-wide plane sales of 18,350 commercial planes in the next decade, down 11 percent from the 2019 forecast.

Why G-20 Should Accept Nigeria — Jack-Rich

Naira Falls Against Dollar, Trading At 445.83

Echezona obinnaDecember 6, 2022
Another great offer for you