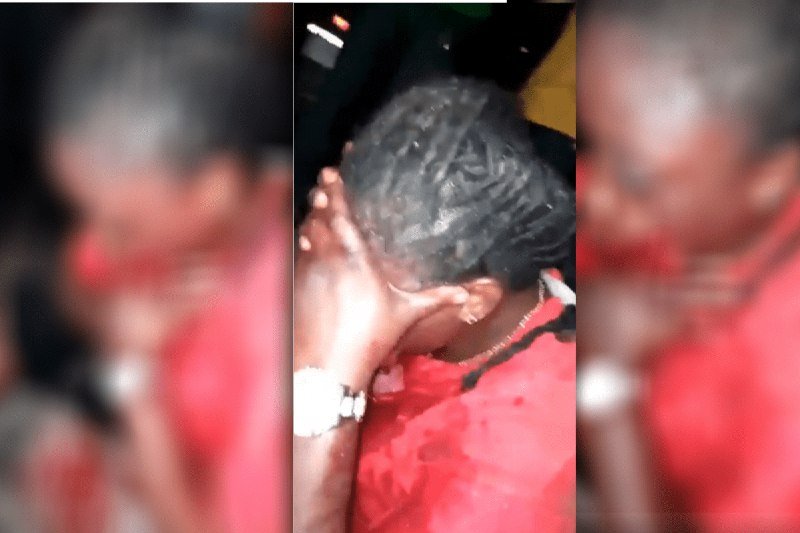 The unidentified policeman vanished into thin air after committing the act.A video of the victim showed that a part of her cheek was torn off following the impact of the bullet.

She has since been rushed to hospital by good Samaritans, where she is undergoing treatment, as footage shows her wallowing in pain.

The police command disclosed that the erring policeman has been identified.

Speaking through the Police Public Relations Officer (PPRO), Muyiwa Adejobi, the command said, “The policeman has been identified, not in Lagos command, but works in Lagos State.

“He is the lady’s boyfriend; we will get him. We guess they have a conflict that triggered the shooting. Policemen have been sent to the hospital to visit the lady and get some facts when she is stable.”

ANAMBRA 2021: Nzukora-Nnewi UK Calls for A Governor of “Nnewi Extraction”