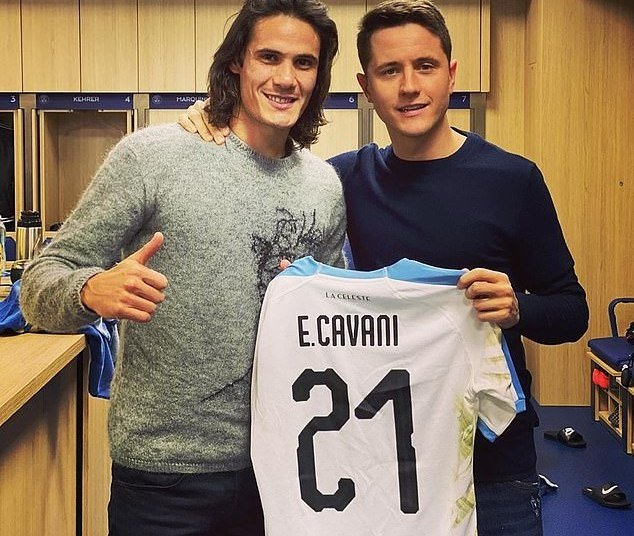 New Manchester United signing, Edinson Cavani, has named Paris Saint-Germain midfielder, Ander Herrera, as one of the players that convinced him to join the Red Devils from the Ligue 1 champions.

Cavani explained that he called Herrera, a former Man United player, on phone at the last minute to have a chat with him about the Premier League giants.

The Uruguay striker joined Man United on transfer deadline day as a free agent after ending his seven-year spell with PSG this summer.

Cavani signed a one-year contract with Man United, with an option for a further year.

The 33-year-old was one of the five players to join Ole Gunnar Solskjaer’s men this summer, with Donny van de Beek, Alex Telles, Amad Diallo and Facundo Pellistri also completing moves to the Premier League giants.

“Yes, I spoke with Ander a lot, as well as other team-mates, like Angel Di Maria, who I was also with at Paris,” Cavani told Man United’s official website on Friday.

“It was genuinely getting to the last minute, and I called Ander to have a chat.

“I have a lot of admiration for Ander, for the kind of person he is and I had the feeling that his words were going to help me out, by telling me a bit about what it was like at United.

“And so, yes, it is true that after I’d finished talking with Ander, we came to an agreement here with the club.”

He added: “I hadn’t known Ander for too long, but we formed and enjoyed a close friendship during that time at PSG, and today we are still very good mates.”