Panic As Rice Millers Set To Shut Down Plants Over Looting

After insisting that she will stay with her husband, Aik Eke, brother to Nollywood actress, Chacha Eke has vowed that he will no longer get involved in any issue regarding Chacha and her husband, Austin Faani.

Recall, after Chacha blamed her action (calling out her husband on social media) on her bipolar disorder, Aik Eke debunked it, claiming she does not have any disorder.

Aik Eke also claimed that she’s with him now, while insinuating that Chacha’s husband made her claim she is bipolar, in a bid to clear his name.

Reacting to this however, Chacha debunked her brother’s statement, claiming she hasn’t seen him in two years.

Aik Eke, in his response, shared a photo of them together, Including Chacha’s kids, adding that he will not get involved in her case again because she doesn’t want to be saved. 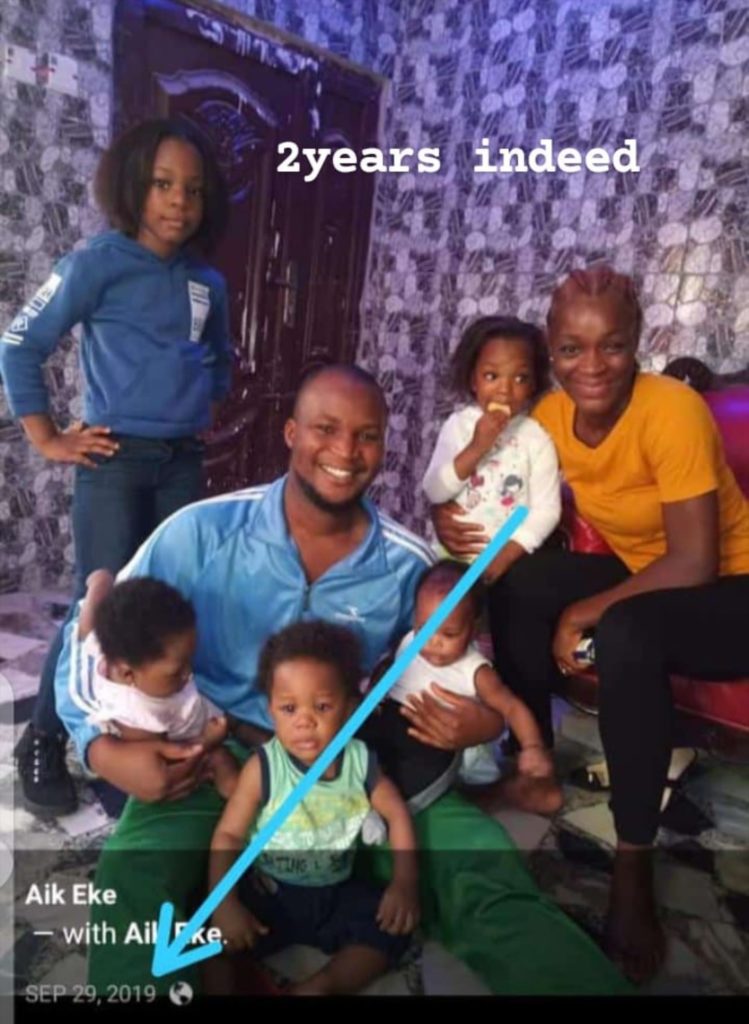 “I believe those that said I should fight for my sis will chill now? You can’t save who does not want to be saved. You haven’t seen me for two years Wow! When next drama pops up, I will sit with the audience and enjoy the view, enjoy your bipolar”, he wrote. 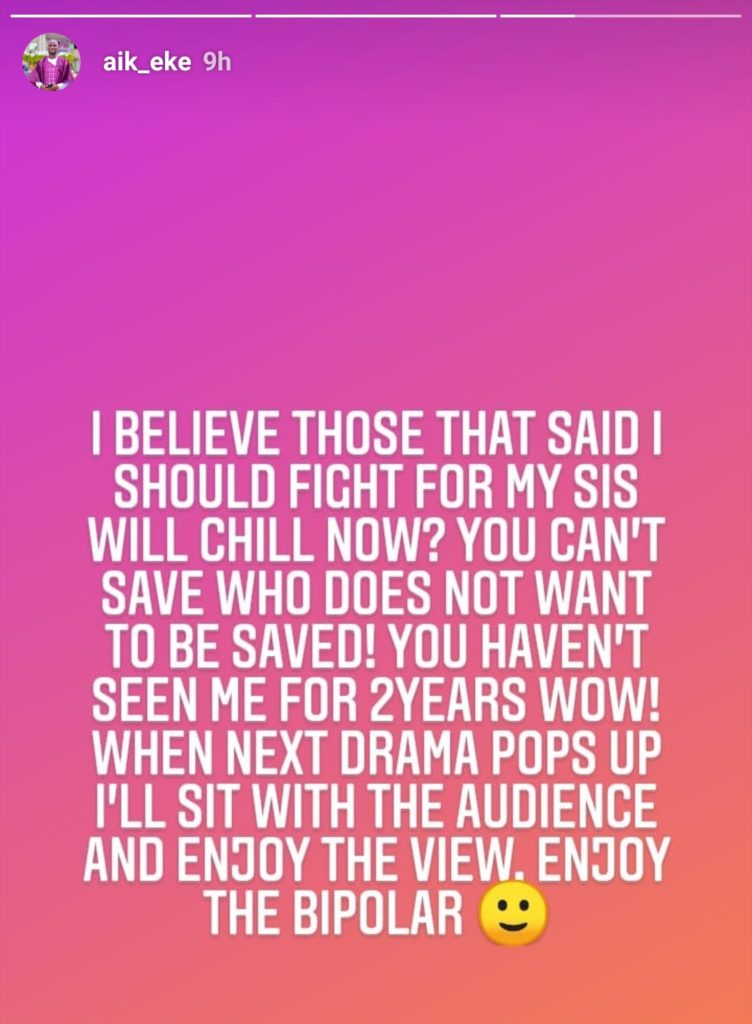 Davido Congratulates Wizkid On ”Made In Lagos” Album

Burna Boy and Stefflon Don Unfollowers Each Other On Instagram

#MadeInLagos: See the Track Saraki Revealed to Be His Favourite On Wizkid’s New Album