#EndSARS: Protesters Are Not Criminals – Okorocha

Nigerians have taken to social media to react after Minister for Works and Housing, Babatunde Fashola, on Sunday, purportedly discovered a hidden camera at the Lekki Toll Gate, during an on the spot assessment.

Fashola, who was part of the Federal Government delegation at the instance of President Muhammadu Buhari to commiserate with the Lagos State Governor, Babajide Sanwo-Olu over the loss of lives and destruction of public and private assets in the violence that rocked the state last week, noted that words are not enough to describe the level of destruction wreaked by the arsonists.

Also, on the entourage for the inspection tour in the company of the press are some South-West Governors such as Kayode Fayemi, Ekiti state; Rotimi Akeredolu, Ondo State; Seyi Makinde, Oyo State; and Babajide Sanwo-Olu, Lagos State.

Fashola who discovered the camera during an on the spot assessment at the Lekki Toll Gate, subsequently, handed it over to Lagos State Governor, Babajide Sanwo-Olu for forensic analysis and further investigation.

The former Lagos State Governor said the camera must have been planted by some subversive elements prior to the reported shootings for ulterior motives.

However, some Nigerians have considered the sudden discovery of the camera as an insult on the intelligence and sensibilities of Nigerians as they believe it’s just an act put up by government officials to cover up for the shooting incident at the Lekki Tollgate.

What kind of fuckery?!! Like do these men actually think we are DAFT?! https://t.co/bApd6kM1Cs 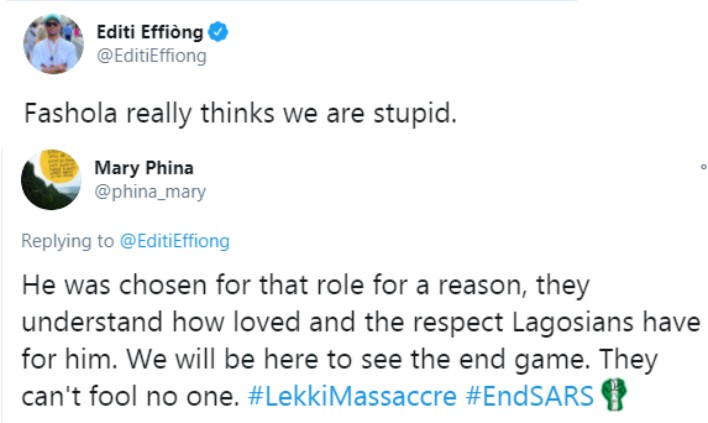 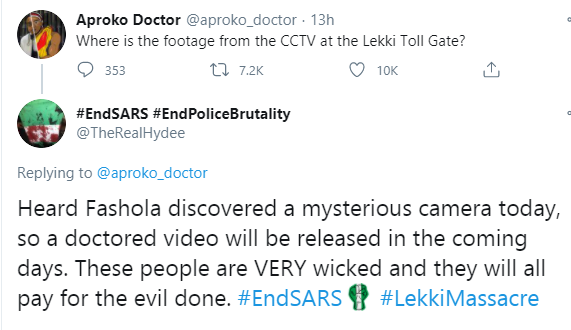 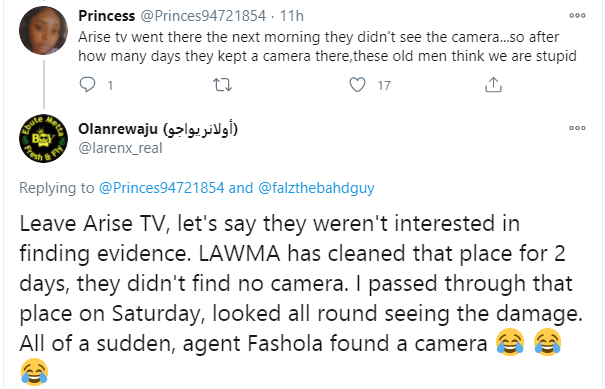 #EndSARS: Protesters Are Not Criminals – Okorocha