Liverpool’s Win Over Midtylland Came At A Cost, As Fabinho Joins Injury List 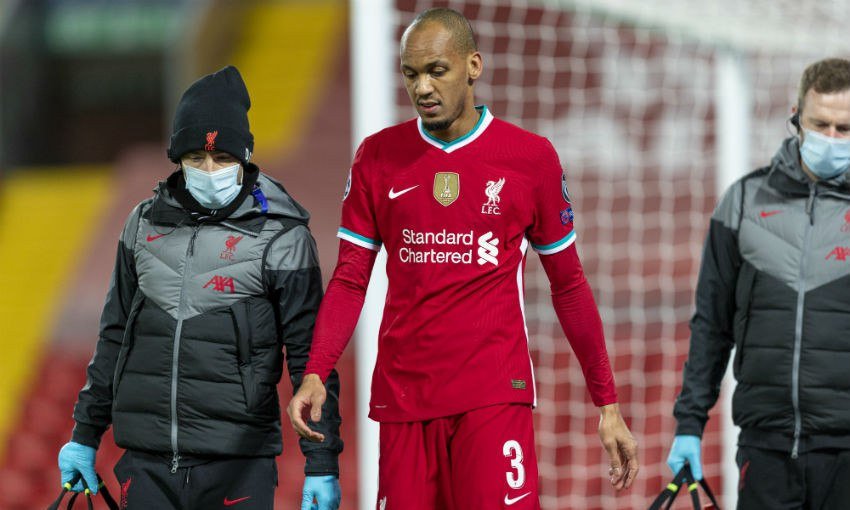 Brazillian Fabinho has been deputising for Van Dijk in the center of defense since after Jordan Pickford horrific tackle took him out in the Merseyside derby against Everton.

“It’s exactly the last thing we needed,” said manager Juergen Klopp, after Fabinho limped off in the first half of the 2-0 win.

“I know he felt a hamstring, and that’s not good. He said he could have played on but no sprints, which doesn’t help.

“We will see, we will know more after a scan. But clearly, it isn’t good,” he added.

With center-back Joel Matip also ruled out with injury, Klopp brought on teenager Rhys Williams to partner Joe Gomez at the back.

“We’re doing really well, but its a shock for a team because now we have to sort (out) that injury,” added Klopp.

However, Klopp accepted that the English Premier League (EPL) champions were in a difficult period.

“It was a tough night. It’s a bit like in a marriage, there are good and bad times. It’s not a bad time but it’s a tricky time. 100 percent we have to stick together and fight harder and that’s what the boys did tonight,” he said.

The injury is likely to rule Fabinho out of Brazil’s November World Cup qualifiers against Venezuela and Uruguay.