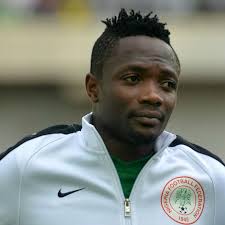 Ahmed Musa has said he is looking to make a return to Europe, after leaving Al Nassr. The 28-year-old left Leicester City for the Saudi Arabian side in 2018, after playing 21 times in the Premier League over two years.

During his two-year stint in Riyadh, Musa helped Al Nassr win the Saudi Premier League and the Saudi Super Cup in 2019.

After scoring nine goals in 50 top-flight matches in the Gulf State, Musa is eager to come back to familiar territory.

“I have enjoyed my time in the two years that I have been here, and the club has been great to me. But I have always wanted to return to Europe, and I feel that this is the best time for me to make that move. I want to get back to playing at the top level again against the best players in the world,” Musa told ESPN.

WTO: US Move Against Okonjo-Iweala As Council Meet For Final Decisions