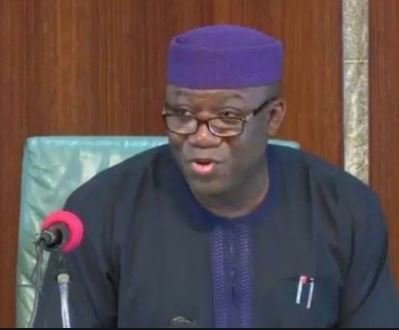 Ekiti State Governor, Kayode Fayemi, says the state loses about N400m annually to local government ghost workers. This was made public in a statement titled, ‘Ekiti Loses N19.3m Monthly To LG Ghost Workers’, on Wednesday by his Chief Press Secretary, Olayinka Oyebode.
Fayemi lamented that some local government workers sit in Lagos State but earn salaries in Ekiti without justifying their salaries.

The state government had earlier set up a committee on Local Government Staff Verification to fishout and block financial loopholes in the local government system. The governor spoke on Tuesday while receiving the report of the committee. At least 362 ghost workers were discovered in the exercise.
The statement quoted the governor as saying, “This is a matter we need to look into, you can’t sit in Lagos and be earning salaries in Ekiti for work you have not done. But it is our duty to stop that from happening, it is not the duty of the person that is cheating the system.

“The resources available to us is limited, we all know this, some pretend not to know but anyone that has a limited knowledge of government finances will know that already we spent a bulk of what comes to this state on emolument and we have many people who are not public servants or political appointees, yet they too expect that government will touch their lives.

“After this exercise the Committee said they saved N19.3m on a monthly basis, imagine where that will go. N19.3m on a monthly basis is almost N400m on an annual basis that is coming back to the coffers of the state. That will build two schools conveniently of the type that we have just built. It will meet the obligations that we have to workers in certain areas that are in dire needs of recruitment of workers whether they are health workers or teachers.”

Fayemi commended the co-Chairman of the Committee and Commissioner for Local Government Affairs, Adio Folayan, and the entire members for their commitment and work done.

“I am glad that NULGE was part of this, I am particularly happy that you included NULGE in the process. It is in the overall interest of the workers,” the governor added.