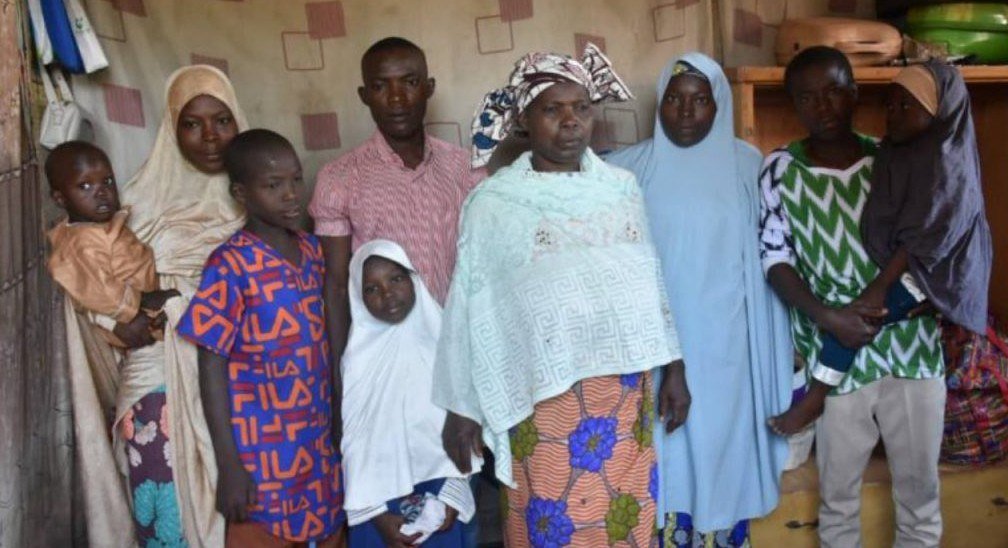 Mrs Hussaina Salisu, a 54-year-old woman, who had 15 children from single births, has advised young mothers to carefully plan their families so as not to jeopardise the future of their children.

The News Agency of Nigeria (NAN) reports that the woman, who had her first child at 14, gave birth to the 15 children over a period of 28 years, with no record of multiple births.

NAN also reports that the first child is 40 years, while the youngest is 12 years.

Hussaina, a native of Zaria in Kaduna State, told NAN on Tuesday in Mararaba, Nasarawa State, where she currently resides, that her pregnancies and deliveries were never challenging.

“The pregnancies and births were never challenging. The only challenge is raising the children. That has been a very difficult task.

“Most of them did not go to school. Some started, but dropped out.

“I had 13 of my 15 children alone and at home; only two were born in the hospital.

“I never fell ill during my pregnancies or had any complications during childbirth, but that was in those days. I will not advise any woman in this generation to try that.

“If I was as enlightened as I am now and had any knowledge about family planning, I would not have found myself in this situation.

“As you can see, this is how we live. Survival has become a herculean task. These children do not go to school, and we cannot even afford a decent meal,’’ Hussaina, now divorced, told NAN.

She advised young married women, especially those from the northern part of the country, to go for child spacing and only have a sizeable number of children that they would be able to cater for, in case they found themselves in a situation like hers.
“I had seven children from my first marriage, we got divorced and I married my second husband and had eight with him. But he left me and returned to his first wife, leaving me and the children.

“Some of the girls are now married, but none of them was able to get any education before starting a family. So, life has not been easy for them. They are practically living my kind of life.

“No mother wants to see her children suffer, but I have no choice. Seeing them struggling to survive through this hardship makes me very sad.”

But, in spite of the tough times, Hussaina says she does not regret having them.

“Things are hard for me and the kids, but I have no regrets bringing them to this world. I love them deeply and I am ready to do anything to make them happy. I cannot give them up for anything.

“They are here already and I believe in God’s divine plan. I have faith that God will send helpers to us just like He has been doing, because my children and I are living on the goodwill of neighbours and many kind individuals.”

“Mama 15”, as she is popularly known in the area, also disclosed that her mother had 17 children, though with three multiple births – two sets of twins and one set of triplets.

“That was why my siblings and I could not go to school because we were too many.

“Besides, at that time, a woman’s future was always determined from birth – she will simply be married off once she attains puberty.”

One of the children, Binta Salisu, who spoke with NAN, said she was in school up to Junior Secondary School (JSS) 2, but had to drop out two years ago because she could not afford to go further.

She appealed to NGOs, philanthropists and other well meaning Nigerians to come to the aid of the populous family.

“We need help. We need food. We need education. We need support. People should help us,” she said.
She further advised young mothers to ensure they had something to do so as to survive.

Binta, 18, appealed to well meaning Nigerians to come to her aid as she was still passionate about going back to school and completing her education.

Read Also: Methods Nigerians use to increase birth of twins

“I don’t wish to end up like the rest of my sisters. I want to acquire education and compete for opportunities in life.

“The only way to have a meaningful life is to get education. I want education. I am anxious and ready. Someone should help me,” she told NAN, fighting back tears.

NAN reports that four of Hussaina’s children are late.

#EndSARS: Protest Promoter Whose Account was Frozen Cries of Hunger