We Are Together Wrecking This Country – NIROH 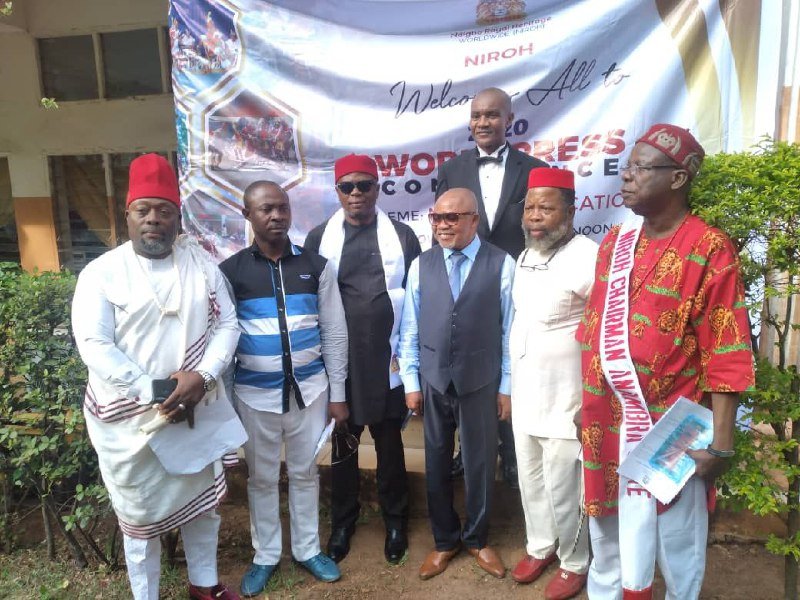 Ndigbo Royal Heritage Worldwide (NIROH), an lgbo Socio-cultural Organization, says it is time for Nigerians to stop blaming one another over the age-long challenge of disunity which has hampered the growth and development of the country.

President General of NIROH, Dr Paul Okoye, made this known while presenting a paper titled: “Igbo Unity: The New Agenda” during a World Press Conference hosted by NIROH.

Okoye blamed the problem partly on the advent of the new form of government, which concentrates power in the hands of one individual, with all the organs of control that existed flattened.

He maintained that there was too much power wielded in the hands of one individual in our present state, and that diffusing them will not be a bad way to start.

He said that NIROH condemns in its entirety the shedding of blood of any human and that the duty here is to dig deep enough to extol the core causes of the impasse.

“Our conviction on liberty and equality of all humans as a pre-requisite and the core principles of social co-existence abhors any form of infringement on the fundamental human rights. Human lives are sacred and therefore not negotiable” he said.

He said there is the need to stop the blame game and get back to work as only fools don’t change their mind.

“There are no known living saints. All hands therefore must be on deck to leave a bequeathing legacy for the succeeding generation. We have come to heal the land.

“We all directly and indirectly participated in the destruction of the fundamentals of this great nation and we all therefore have a role to play in the rebuilding of this nation that is the hope the black race world over”.

He maintained that the future of the youths and the nation have been sacrificed for political interests, adding that the North, the East, the West and the south are together wrecking this country.

“The solution therefore is not in this senseless hate campaign that has not brought us any good; rather it breeds disharmony and lack of faith in the nation.

NIROH was instituted to build a new and united Igbo nation rooted in virtue honour and value and Its main objective is to serve as a driving force to stimulate selfless service, Innovativeness, spirit of oneness and qualitative leadership to the Igbo nation in the emergence of “lgbo Ohuru”.

See How Reno Omokri Reacts to Umahi’s Defection to APC