One of the young #EndSARS protesters identified as Uyi, has tattooed the date of the Lekki tollgate shooting on his chest to commemorate one month since the incident.

Uyi was one of the Lagos state residents who participated in the #EndSARS protest at the Lekki tollgate.

He recently got a tattoo that speaks about the shooting incident at the tollgate which happened on Tuesday, October 20. To mark the one month anniversary of the unfortunate incident, Uyi posted a photo of the tattoo on his Instagram page and wrote:

Lekki Massacre: Fani Kayode Reveals When The Truth Of Shootings Will Be Revealed

”Exactly one month today our government is still lying about the innocent protesters they killed at LEKKI TOLL GATE!!!! Who Gave The ORDER? #endsars#endbadgovernmentinnigeria #fuckthepolicians #wewantjustice #themarathoncontinues” 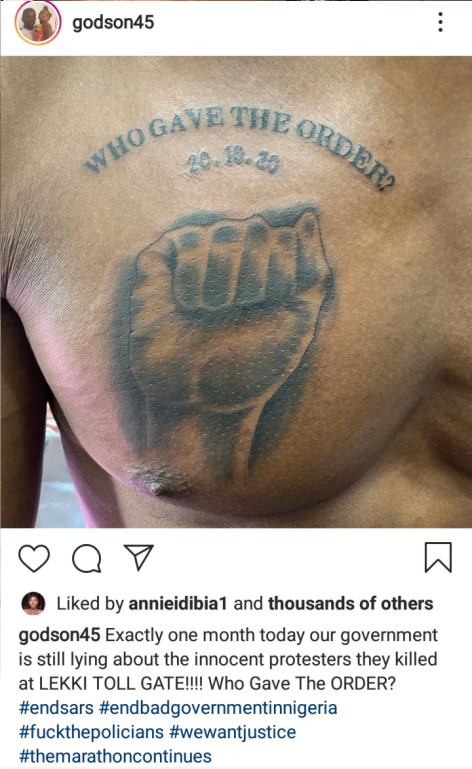 He also got tatoo of Aisha Yesufu striking the famous “Statue of Liberty” pose and tatoo of musical legend, Fela. Uyi referred to them as his heroes. 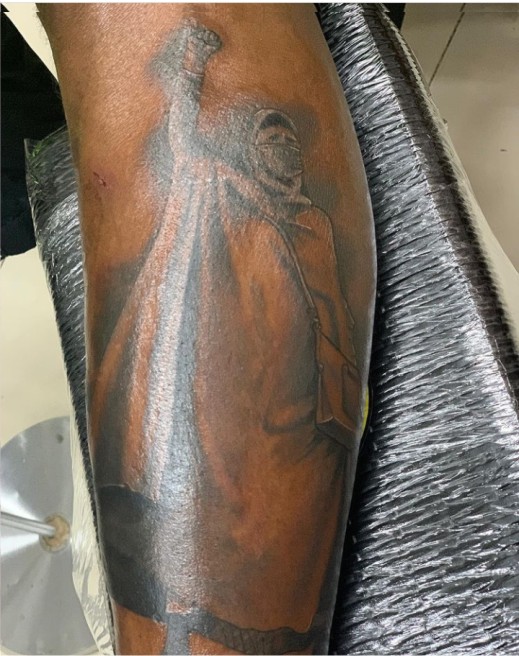 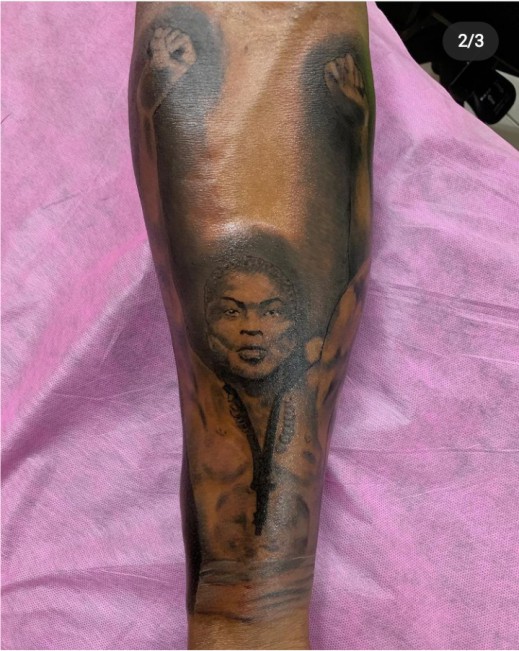 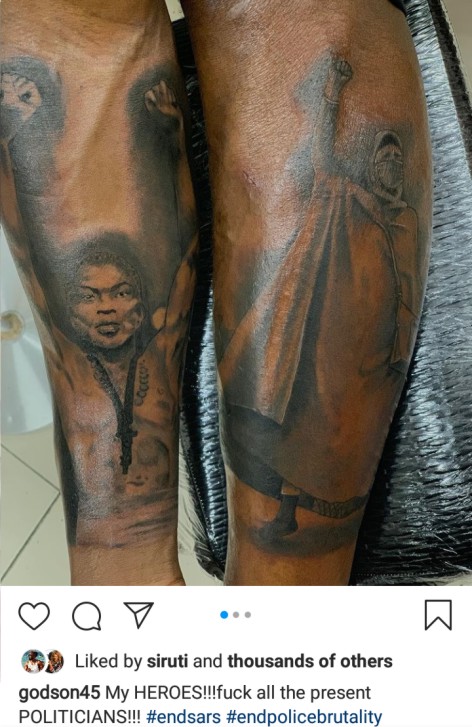