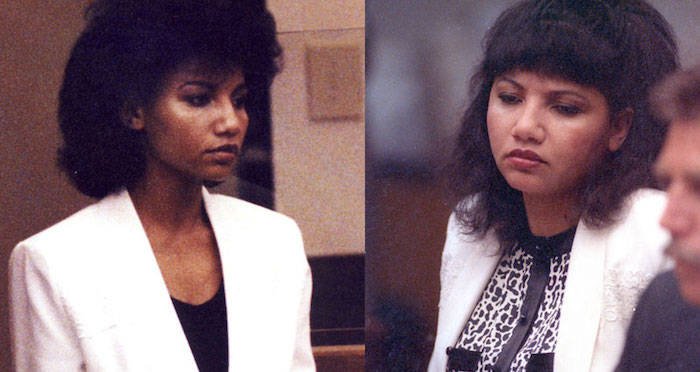 Omaima Aree Nelson, a former model who immigrated to the United States from Egypt in 1986 was found to have post-traumatic stress disorder in a psychological evaluation as she killed her husband, Bill Nelson and ate his remains. How it happened and why she allegedly did it —
Aree Nelson at 23 years, met her a 56-year husband, Bill Nelson who was a pilot, in October 1991. Bill Nelson and Omaima Aree Nelson got married after they have gotten to know each other well. She killed her husband, Bill Nelson less than a month, on Thanksgiving Day and then attempted to get some of her ex-boyfriends to help dispose of the rest of the body parts according to Prosecutors.

After Omaima Aree Nelson killed her husband, Bill Nelson. She began to cut his body into pieces. Omaima Aree cooked her husband’s head, boiled his hands to remove his fingerprints and then mixed his body with a leftover turkey and got rid of him in a garbage disposal. She also allegedly castrated her husband Bill Nelson in revenge for the claimed assault and also cooked her husband’s ribs in a barbeque sauce and then ate them. She disclosed this to her psychiatrist but later denied doing it.

Her crime and punishment —

Aree Nelson is charged with second-degree murder, and she is spending 27 years life imprisonment for her crime. Head Over Heels In Love: Mom Falls In Love With Her Son’s Teenage Best Friend (Photos)

2021 Ballon d’ Or: Pogba Reveals His Choice To Win The Prestigious Award

BBNaija: God Took My Grand Mum Because of How I Treated Her – Angel

BBNaija: My Ex is A Basketballer, I Use And Dump Men –...

Stop Breastfeeding Your Husbands, Breast Milk is For Babies – Commissioner for...

Head Over Heels In Love: Mom Falls In Love With Her Son’s...

VIDEO: Obi Cubana Visits Burna Boy In The Middle Of The Night