Fortunately for officials at United, Pogba hasn’t burned bridges at his most recent club. Recent comments by Juventus director Fabio Paratici make it clear that the Old Lady would be more than happy to bring Pogba back to Turin. That raises the distinct possibility that a January move could be in the cards between the two European clubs. 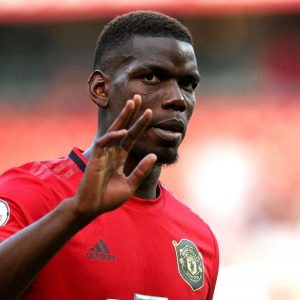 This is a nearly impossible question to answer. The lazy narrative claims that Pogba simply hasn’t applied himself. It is fair to point out that his effort level does look to wax and wane on a weekly basis. It’s unclear whether that’s a product of Pogba’s internal locus of control or the questionable managerial ability of Ole Gunnar Solskjaer.

Another undeniable factor in Pogba’s struggles is his awkward fit with Bruno Fernandes. Both players are supremely talented, but neither is at his best when saddled with defensive responsibilities.

In a perfect world, both players would like to operate at the No. 10 position. Fitting them into the same starting XI is a riddle Solskjaer has been unable to solve.

Can Juventus actually afford to bring him back to Italy? As a club, Juventus are hesitant to splash the sort of massive transfer fees that have permeated Europe in recent years. They have, however, been more than willing to offer lucrative wage packets to big-name stars who are moving on free transfers.

Pogba isn’t likely to move to the club on a free, but it does open up the idea that a big-money loan move could suit everyone involved.

Manchester United will want to receive some sort of meaningful loan fee to make that sort of arrangement work, but Pogba’s wages won’t be an issue for Juventus.

What are the chances of a deal actually coming together? The big wild card here is whether or not United are primed to make a managerial change. If they do pull the trigger on sacking Solksjkaer, the identity of the club’s next manager could change everything for Pogba.

If things do stay the same at Old Trafford, Pogba’s time is clearly running out. A January exit seems unlikely given the club’s uncertain standing in the current Premier League table, but clearing Pogba out in the summer could easily become a top priority for the club. If United do make it clear he’s out of their long-term plans, Juventus immediately become his most likely destination.