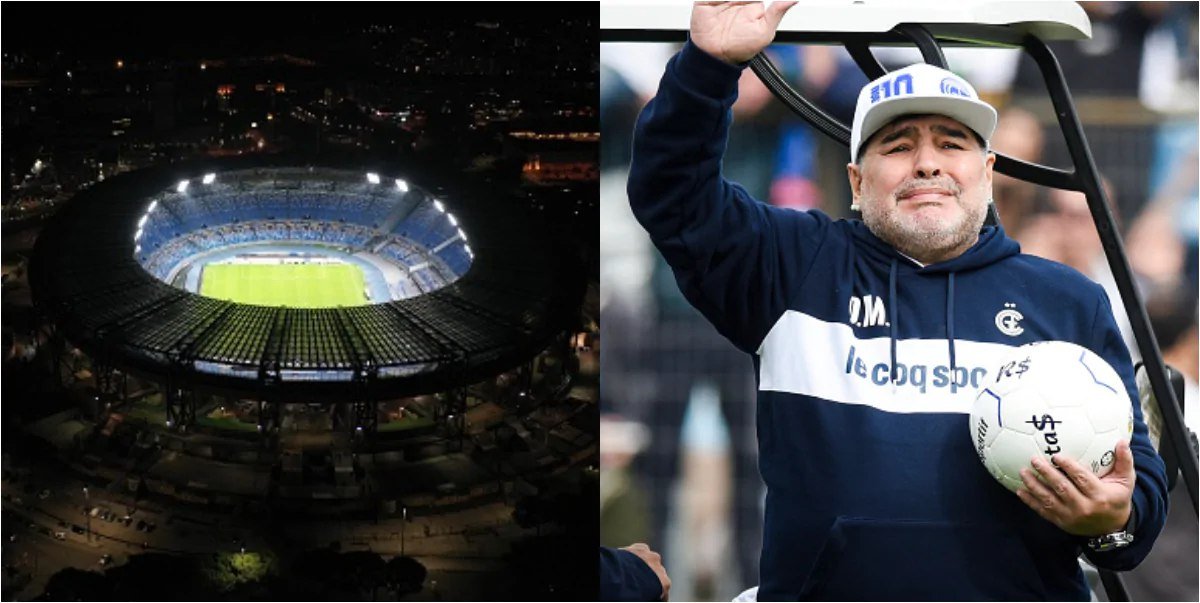 Diego Maradona is gone but his memories still linger as Napoli’s San Paolo stadium has been renamed after him.

The footballing world was shocked with the demise of arguably the greatest player to have played the round leather game. And the Serie A side have taken it upon themselves to give him the highest honour as a former player of the club.

All major three trophies won in Napoli’s history has been inspired by the late Maradona with two Serie A titles and the UEFA Cup.

Before Maradona joined the Gli Azzurri in 1984 from Barcelona, the club has never won any trophy in their history. During the 1987-87 season, Napoli won the league and cup double with the help of the left-footed genius of Maradona.

The following season Maradona lifted the UEFA Cup trophy for Napoli and consolidated the win with another Scudetto in the 1989-90 season.

Meanwhile, the Argentine professional league will also honour Maradona as the competition will be renamed after him.

Maradona became coach of Gimnasia de La Plata in September 2019 before going for a surgical operation on November 3, 2020.