Aisha Yesufu, Fani-Kayode, Others React To Pigeons’ Refusal To Fly

Ibrahim Taiwo, the officer representing the Nigerian army at the panel the Lagos state government set up to probe the Lekki shooting has been promoted from brigadier-general to a major-general.

Soldiers had, on October 20, forcefully dispersed #EndSARS protesters at the Lekki toll gate and this led to an outcry.

Following the protest to end police brutality, the Lagos government set up the panel to look into allegations of rights abuses by the police special anti-robbery squad (SARS). 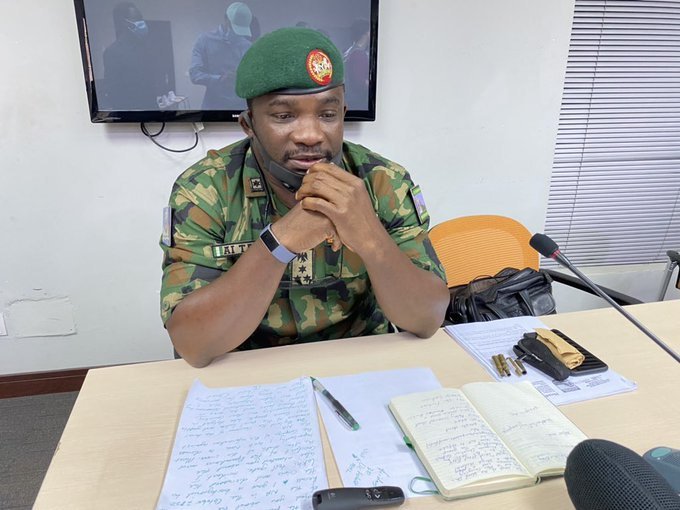 But the shooting of protesters at Lekki has been on the forefront at the panel, and Taiwo, commander of the army 81 division intelligence brigade, has been the one making a defence for the soldiers’ action.

According to military sources, Taiwo was elevated to the rank of a major-general after the military board approved the promotion of senior officers.

There have been contradictions in the army’s submissions at the panel over the Lekki shooting.

At first, the army denied deploying soldiers to the protest ground. It later said soldiers were sent there on the invitation of Babajide Sanwo-Olu, governor of Lagos.

Taiwo had also argued that the soldiers didn’t have the intention to disperse the protesters but were on patrol to clear up the Lekki, Eti-Osa corridor.

According to him, the soldiers were attacked by hoodlums, and this necessitated the use of force.

2023 Presidency: Southwest Lawmakers Back Return Of Power To Zone