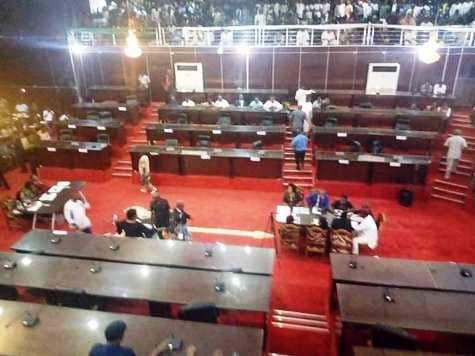 Imo state governor, Hope Uzodinma, had requested for a tenure extension for the appointed Interim Management Committee Chairmen of the 27 Local Government Areas of the State.

Members of the Imo State Assembly, on Tuesday, approved the request of the governor.

The governor had, in April, appointed Interim Management Committee Chairmen for the LGA administration to replace the LGA Chairmen elected during the administration of the former governor of the State, Rochas Okorocha.

Speaker of the House, Paul Emeziem, had read a letter written by the governor seeking approval to extend the tenure of the chairmen during plenary.

In the letter, the governor had explained that the tenure extension would assist his administration to deliver on its campaign promises especially those made to the people at the grassroots.

After reading the letter, the Speaker subjected the request to a voice vote which was overwhelmingly approved.