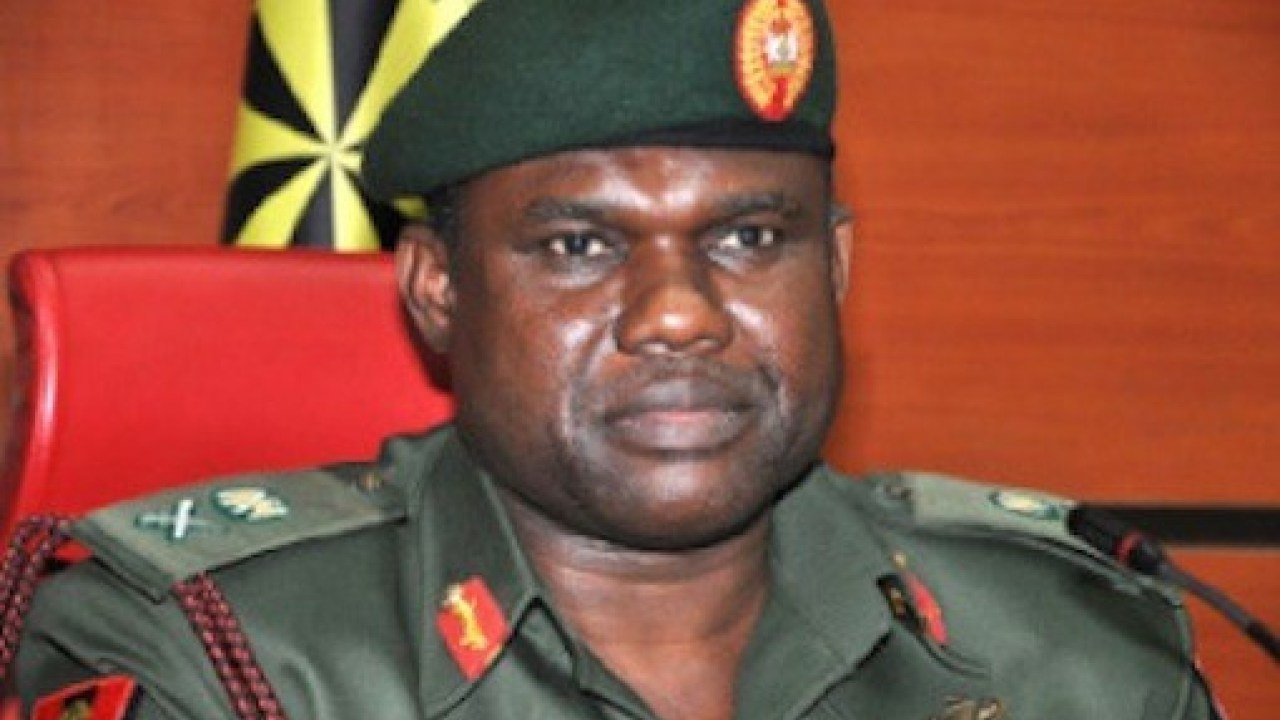 The General Officer Commanding (GOC) of 82 Division of the Nigerian Army, Maj. Gen. Lasisi Adegboye, has tasked newly decorated officers on the need for them to redouble their efforts in checkmating insecurity.

Adegboye gave the task on Thursday in Enugu after decorating 11 (eleven) senior officers recently promoted by the Nigerian Army within 82 Division.

He noted that promotion and subsequent decoration to a new rank comes with its added responsibility, adding; “To whom much is given, much is expected”.

“An officer promoted must justify the confidence repose in him by the Chief of Army Staff (COAS) and the Commander-in-Chief of the Armed Forces. It does not come easy as one climbs higher in rank.

“As you know, the country needs your utmost service now and also you need to continue to learn as well as improve on yourself”, he said.

The GOC appreciated the COAS, Lt.-Gen. Tukur Burutai, for the large number of senior officers promoted within formations and units under 82 Division Area of Responsibility (AOR) as well as his overwhelming support to the Division.

“We rejoice with the newly promoted and decorated today and we give God all the glory since promotion comes from God Almighty alone and then we have to thank the COAS and Commander-in-Chief as well.

“For those waiting for their promotion, I will urge you to continue to work hard and be focused; yours will definitely come by the grace of God”, he said.

Adegboye, however, urged the newly decorated to ensure that the increment in their salaries following the promotion reflects on the welfare of members of their immediate families.

Speaking, the Chief of Staff of the Division, Brig.-Gen. Greg Omorogbe, advised the newly promoted and decorated that the Nigerian Army and their families demand more from them.

“The task that goes with your elevation is tedious and we expect to see more from you. You must show more commitment and resilience to your duty and other task assign to you”, Omorogbe said.

Responding, Brig.-Gen. Aliyu Lapai, who spoke on behalf of the newly decorated, thanked God, the COAS and Commander-in-Chief for finding them worthy of the promotion and new ranks.

Lapai appreciated the GOC for his fatherly counsel and guidance to make the new height, adding; “We will be loyal to the Commander-in-Chief, Nigerian Army and the Division”.

“We are pledging to put in more commitment and dedication to the service of our fatherland and the Nigerian Army”, he said.

The rest is one Major got promoted and decorated to the new rank of Lieutenant-Colonel.