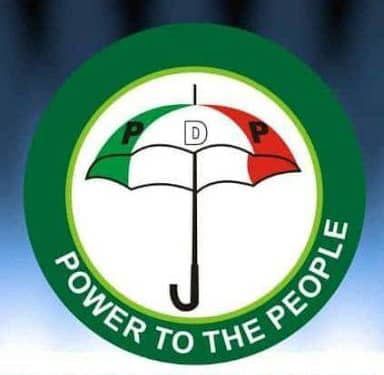 The Peoples Democratic Party (PDP) in Lagos State has described yesterday’s Senatorial and House of Assembly bye-elections in the State as a charade, accusing the Independent National Electoral Commission (INEC) of allocating votes to the APC.

The party State Chairman, Engineer Adedeji Doherty, said relevant lessons have been learnt by the PDP and its stakeholders, assuring that Lagos will be rescued from APC and its leadership, that have held down Lagos State for over twenty years.

In an attempt to do image laundering after the #EndSARS embarrassment, the APC in collaboration with INEC went about allocating ridiculous votes to party against the PDP in the just concluded Senatorial and House of Assembly Elections.

This was done to give the impression that the APC and their leader are still in firm control of Lagos, which is obviously far from the truth and does not represent the true position of Lagosians.

We all know that the voter’s apathy alone negates the votes allotted to the APC, as less than 10 percent of the voters in Lagos State took part in the elections.

Furthermore, even inspite of the lack of interest in the elections by Lagosians, we are all aware of the massive vote buying by the APC, using State funds.

To the APC in Lagos, this devilish and draconian trend of cash for votes is worthy of celebration as evidence of control of the electorate, but we assure that this will end very soon.

As a party, we have learnt our lessons and we will definitely be ready to face the APC and its leadership that have held down Lagos State for over twenty years.

Lagos Bye-Elections: Polls Show We Will Win In Four Of Five LGAs – PDP

We understand the reality of the difficult and manipulative ways of staggered elections and we assure the good people of Lagos State that all hope is not lost as we would be more than ready before the 2023 general elections.

To the various sympathizers of change and a new leadership in Lagos , rather than be dismayed, please keep hope alive as I can assure you that we would be repositioned positively for the 2023 elections.

To our numerous party Faithfuls and leaders, we want to assure you that Lagos will fall in good side very soon in favour of the PDP.