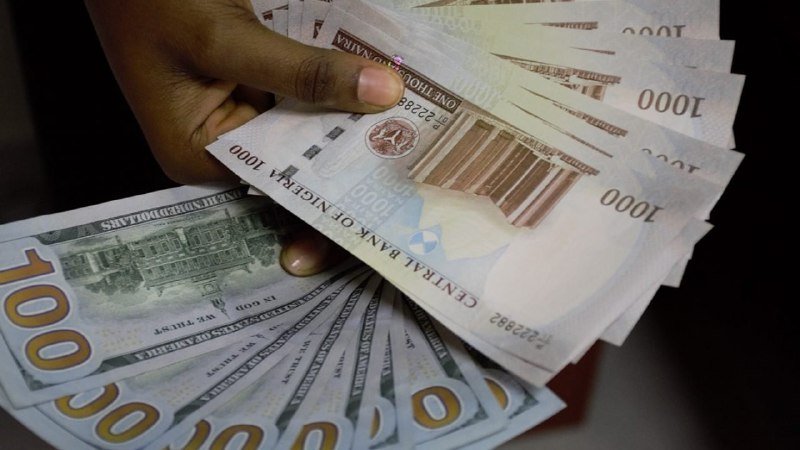 Domiciliary accounts and remittances have emerged as twin touchy issues in the management of Nigeria’s foreign exchange market (forex). And for many years, the obvious gray areas in the administration of both have left wide holes for the International Money Transfer Operators (IMTOs) and money deposit banks (MDBs) to exploit.

The rules were as ambiguous as they were exploitative. At some point, different banks simply created their operational templates and skewed them to milk as much as they could from helpless customers.

Even in a bank, the rules were never the same for different branches. What everyone knew about the domiciliary account or diaspora remittance engagement process was that it was a rule of thumb.

Increasingly, both senders and recipients in the lush money transfer business realised that official channels were created to rip them off. The resultant aggressive bargain-hunting begot the flourishing informal channels and a grossly impoverished supply side of the forex.

The Central Bank of Nigeria (CBN) played the ostrich as its laxity starved the market of the needed forex liquidity. Different estimates on the country’s yearly losses to informal remittance channels, such as hand delivery, are in billions of dollars.

Sadly, the IMTOs and their agents (banks) were rather fixated on commercial benefits, exploring the currency arbitrage to rake in large profits. Apart from the rarely challenged manipulative business model, the official charges were also a lot higher than the global average.

Last year, for instance, senders reportedly spent an average of 8.9 per cent to wire money to sub-Saharan Africa as against 6.8 per cent people spent on the average transferring money to other parts of the world in 2019.

With the World Bank projects that “remittance flows to the region (Sub-Saharan African) will decline by 23.1 per cent” this year, it is obvious the country cannot but proactively encourage senders to keep the flow.

Last week, the Central Bank bit the bullet in the face of deteriorating foreign earnings. At a meeting with DMBs and IMTOs, its governor, Godwin Emefiele, admitted: “We analysed data on IMTO inflows into the country over the past year, and through our investigations discovered that some IMTOs, rather than compete on improving transaction volumes and create more efficient ways for Nigerians in the Diaspora to remit funds, resorted to engaging in arbitrage arrangements on the naira-dollar exchange rate, which to a large extent resulted in a significant drop in inflows into the country.”

Like other researchers had suggested, the governor noted that the unhealthy activities and cut-throat charges of the IMTOs have pushed many senders to “unsafe unofficial channels” while the country has continued to miss the chance to convert the opportunity in the bosom of diaspora Nigerians to strengthen its balance of payment position.

Emefiele announced the take-off of the new remittance arrangements on Friday with an assurance that the information technology systems of MDBs and IMTOs had been swiftly reconfigured to start payment straightaway.

On the usual unease about money laundering lapses, he said: “The issue of money laundry in view of the new policy really does not arise because banks have their KYC and because, over time, we will try and encourage situations where funds are flowing into the domiciliary account of the recipient, I believe money laundry issues would have been totally dealt with.”

The IMTOs who had earlier protested the new template handed to them but caved in as the apex bank insisted on going ahead with the new brief aimed at giving the naira a fresh breath.

Emefiele’s meeting with banks and DMBs followed an earlier circular on the new guidelines interpreted to have marked the beginning of the liberalised remittance era.

Integral to the new policy is a clause, which authorizes recipients of remittances to choose how they would be paid as against the previous arrangement where the agent banks handed over a discounted naira value of the foreign currencies sent.

In the circular signed by Director, Trade and Exchange Department, Dr. Ozoemena Nnaji, the apex bank had revealed: “The mode of payment either in cash or transfer is at the sole discretion of the beneficiaries/recipients.”

The apex bank also added that the commercial banks, as against IMTOs, would henceforth take responsibility for payment of remittances to beneficiaries/recipients.

“Agent banks (Deposit Money Banks) in Nigeria will be responsible for final payment to beneficiaries/recipients either in foreign currency cash (USD) or into the beneficiaries’/recipients’ domiciliary account in Nigeria,” CBN stated.

Having ordered the closure of the naira ledger, the Bank had also said IMTO beneficiaries/recipients would receive their proceeds in foreign currency or have it deposited in their domiciliary account in a Nigerian bank.

Indeed, the policy twist with its speed of implementation has left the naira, which had reached N500/$ at the parallel market after the last official adjustment of the exchange rate, stronger. After the meeting between the central bankers and the money transfer operators, the troubled local currency got a relief, appreciating to N470/$.

However, market operators are left to wonder if what happened last week was the awaited breather for the protracted currency crisis or a mere market excitement (unsustainable panic). The retreating mode of the naira at the weekend when it weakened to N475/$ may have also dispirited the excitement.

Yesterday, President of the Association of Bureaux De Change Operators of Nigeria (ABCON), Aminu Gwadabe, insisted the CBN’s intervention would unlock the goldmine in diaspora remittances, which hit $25 billion in 2018. He said Nigerians abroad, which a PwC report described as the country’s largest export, would now see value in patronizing the formal channels.

Owing to the huge differential between the official and black-market rate, which is currently about N100, Nigerians often trade hard currency at the roadsides. For this reason, the “unsafe” informal channels have thrived.

If a large chunk of the foreign currencies previously concealed in luggage and delivered to relations of ‘abroadians’ back homes are henceforth sent through IMTOs, much of it would eventually be traded at the Wuse, Yaba and other neighbourhoods where the black market flourishes.

But Gwadabe said the fact that it will be part of Nigeria’s receipts in the balance of payment computation makes a huge difference.

“It will be impactful if the remittance windfall comes in cash. And the opportunity of transacting the proceeds over there has been shut. The recipients did not have options before now other than taking the naira value of the money sent to them. It is also important to know that bureau de change (BDC) operators now have a new supply source. They will be able to buy and sell cheap,” Gwadabe, who has led a campaign against the activities of forex speculation, said.

The old practice, among other things, encouraged the repatriation of wealth in material assets. For instance, individuals would rather buy cars and ship to relations to evade the arbitrage incurred in transacting cash. A financial expert, David Adonri, said the new policy would incentivize more Nigerians to “repatriate their resources” in foreign currencies.

Adonri, who is also the Managing Director of Highcap Securities Limited, added that the policy retool would boost the volume of corporate transactions “as more organisations will henceforth be encouraged to bring home foreign currencies.”

But Godwin Owoh, a professor of applied economics (banking and finance) argued that the directive is as cosmetic as several other failed attempts at rescuing the naira, which he said has been manipulated by the authority for selfish gains. His position is that the “fundamental structural issues” that have left the naira perpetually weak are yet not in any way addressed by last week’s circular.

“The policy options are artificial”, he insisted that liberalisation of remittances is an insignificant component of the structural flaws inherent in the forex management.