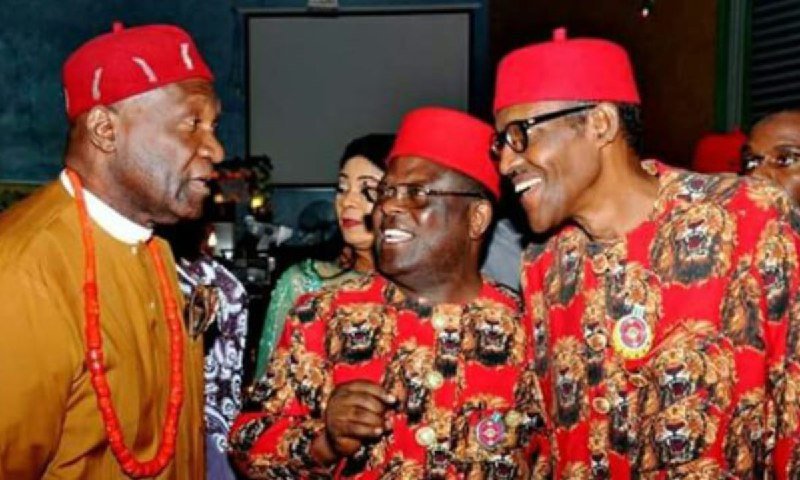 The Governor of Ebonyi State, David Umahi has revealed the real reason he joined the All Progressives Congress, APC.

Umahi, Chairman of the South East Governors Forum, said it was about the love he shares with President Muhammadu Buhari.

The Governor spoke in his home town – Uburu on Monday.

Umahi said that the President’s love for Ebonyi would have been enough reason for him to join the APC.

“You can say anything you want to say but the president loves me and I love him also.

“I do not know how this love happened, but you should realise that grace is always upon the house of David,” he said.

Umahi joined the APC from the Peoples Democratic Party, PDP, a few weeks back, citing injustice in the main opposition party.