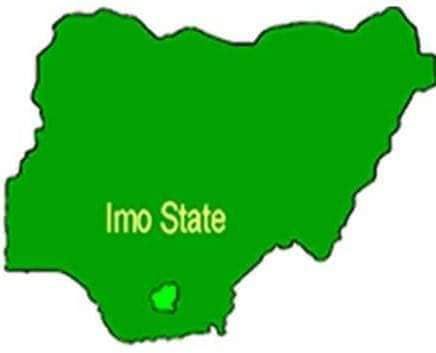 Unknown gunmen have allegedly abducted a Catholic priest, Rev. Fr. Valentine Oluchukwu Ezeagu. Fr. Ezeagu was on his way to Aguata, Anambra State, his ancestral home for his father’s burial, when the incident happened.

The Priest was kidnapped at Umulolo, Arondizuogu, Ideato North local council area of Imo State, on the Okigwe-Uga axis of the federal highway.

“Fr. Valentine was travelling to his village, Igboukwu in Aguata local government area of Anambra State, for his father’s funeral.

“He was travelling in a Toyota Corolla 2005 model, sky green in colour. The plate number of his car is JJJ 664 BM.

“According to an eye witness, who was driving in a bus behind him, four armed men came out from the bush, at a bad spot at Umulolo, Arondizuogu (Ideato North local council area of Imo State), and forced him to the back of the car and sped off.”

The statement further said that the funeral mass for the burial of the kidnapped priest’s father, holds December 17, 2020. Rev. Fr. Ajaero also called for fervent prayers for the immediate release of his brother priest.

When contacted, Police Public Relations Officer, PPRO, Orlando Ikeokwu, said there was no evidence that the matter was reported at any police division. He however said the Commissioner of Police, Isaac Akinmoyede, has ordered his men to go after the hoodlums.

His words: “The matter was not reported to any our divisional commands. Ordinarily, the scene of the incident is in Okigwe Division but was not reported there. I have also checked out the nearby divisions, but there was no such report in any of them.

“The Command only knew about the incident from Facebook accounts and we took it up from there. The CP has ordered the anti-kidnapping and other formations, to go after the hoodlums, with a view to rescuing the priest unhurt and bringing the bandits to book.”