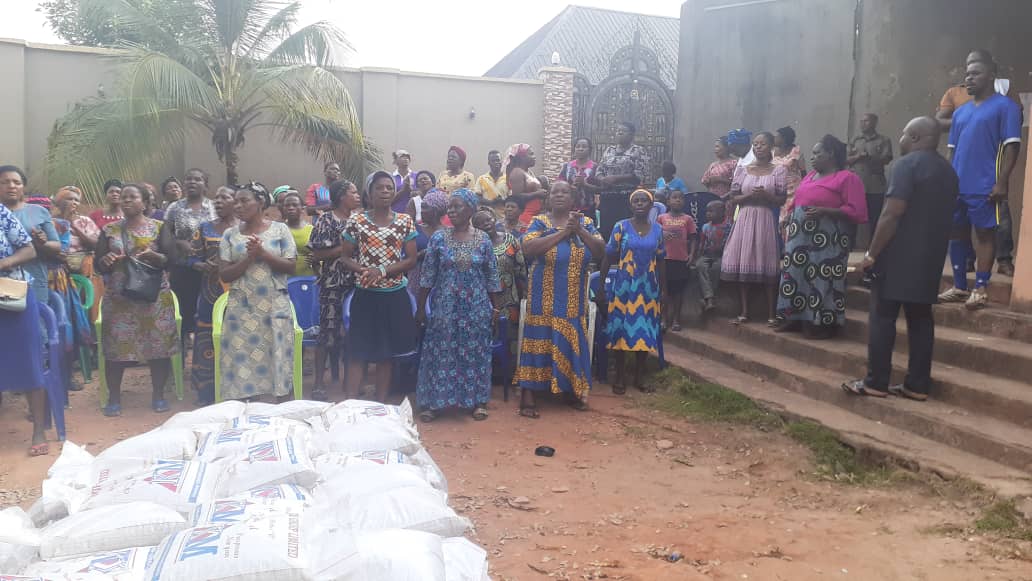 Sequel to the project’s flag-off on Wednesday, December 16th, 2020, Anaedo Concerned Youth Initiative proceeded to the palace of Obi Umudim to continue the distribution of 200 bags of rice and cash gifts to the less privileged and downtrodden in the community.

After the Uruagu and Nnewichi distribution exercises, Umudim welcomed the executives of Anaedo Concerned Youth Initiative, alongside the sponsor of the palliative – Ichie Kenneth Maduakor, the Chairman/CEO KM Group Ltd. 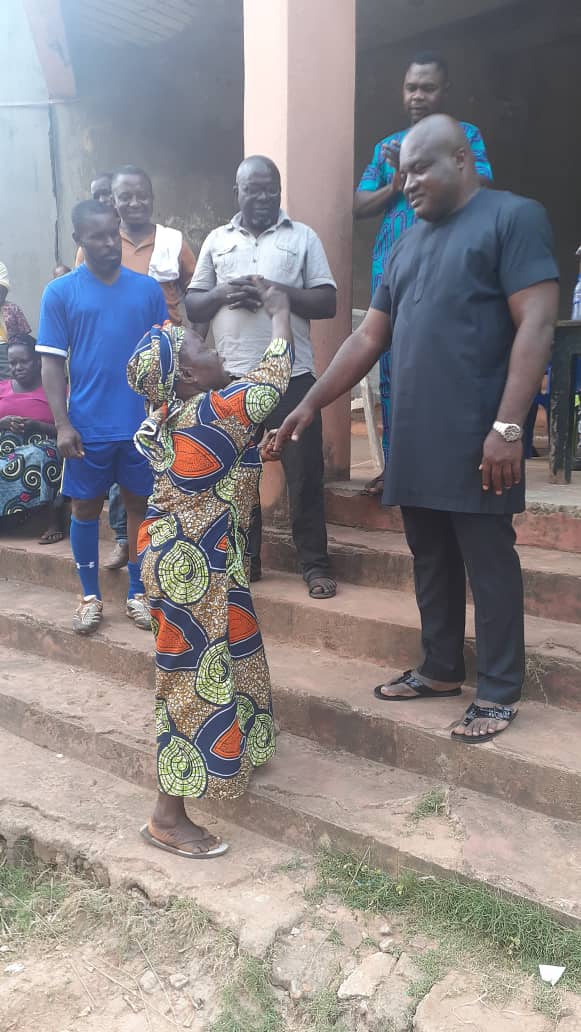 The palliative distribution sponsored by Ichie Ken Maduakor is scheduled to disburse 1000 bags of rice to the less privileged in all communities in Nnewi.

Flagging off today’s distribution at Umudim, Ken Maduakor reiterated that this is not a political movement, emphasizing that his concern is to reach out to persons who are in difficulty. He prayed for the recipients while encouraging them that by the coming year, they will not be less privileged persons anymore.

The Obi of Umudim, Obi Kenneth Okafor(Amaukwu) encouraged him for reaching out to the less privileged emphasizing that it has been a tough year and people should help one another get through it. 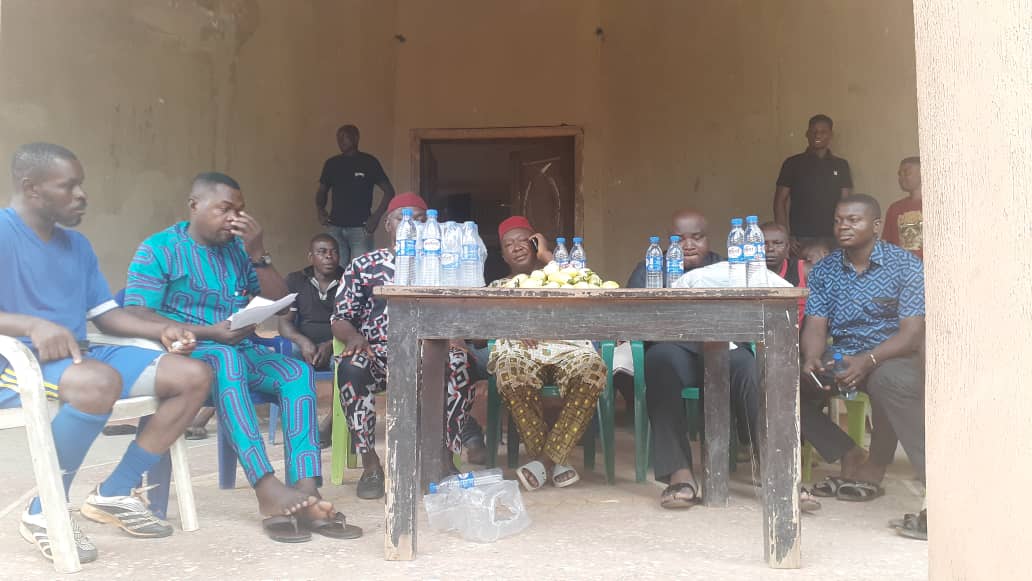 Chief Augustine Okafor Odenigbo, the Vice- PG Umudim Development Association gave his profound gratitude to Chief Ken Maduakor promising that it will be a transparent process.

Speaking to Anaedoonline.ng, the spokesperson for Anaedo Concerned Youth Initiative Hon. Echezona Anazodo stated that the association is dedicated to reaching out to the ndi Nnewi and making an impact. 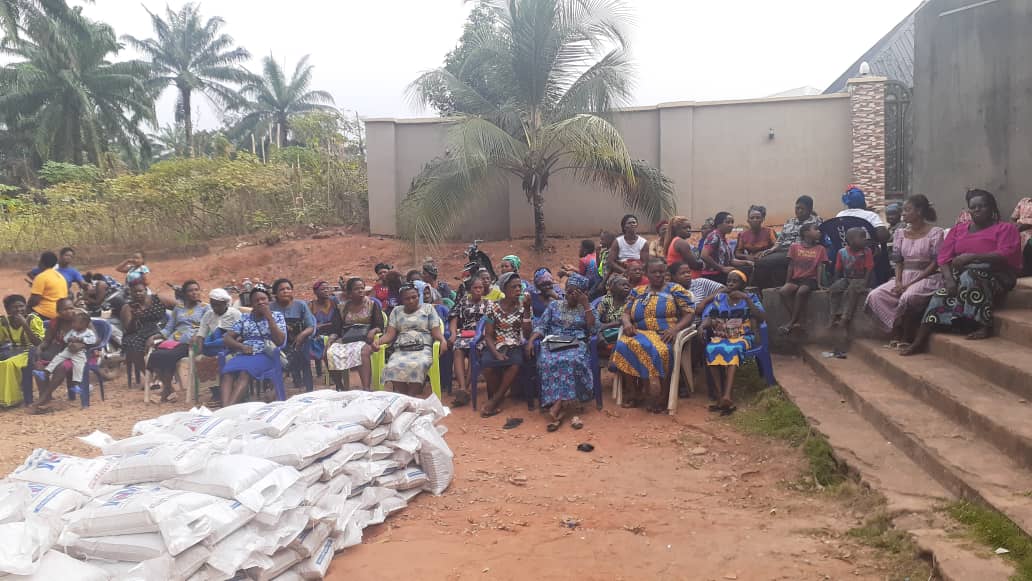 Adding to the above, Mr. Ifenna Jinwa, the organizer of the Umudim distribution said the selection process was transparent, free, and fair.