Socialite, Huddah Monroe confessed to having dumped a man because of how his ex looked.

Taking to her Instagram handle, the socialite revealed she couldn’t deal with the fact that her man ex was ugly yet he found love in her.

According to the boss chick, she could not stand the fact that her man could get hard for such an ugly.

To her, if he could deal with such an ugly ex, he could get hard for anything, goat or even sheep.

Although she stresses that she ain’t judging anyone because ugly is not about physical or anything but rather it’s more about personality and cleanliness.

Huddah continues to explain that nobody is actually ugly because it’s more than the physical appearance. 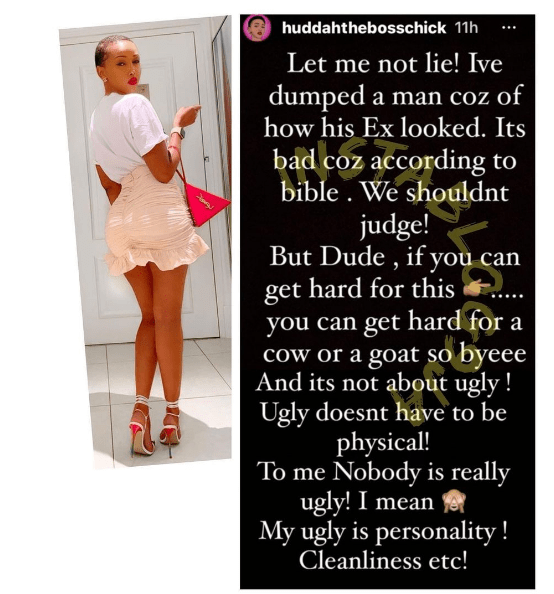