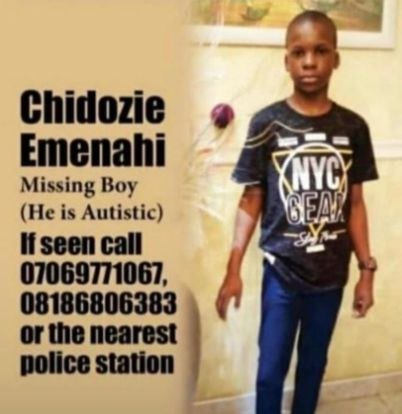 Chidozie was declared missing in Lagos after he walked out of his house. 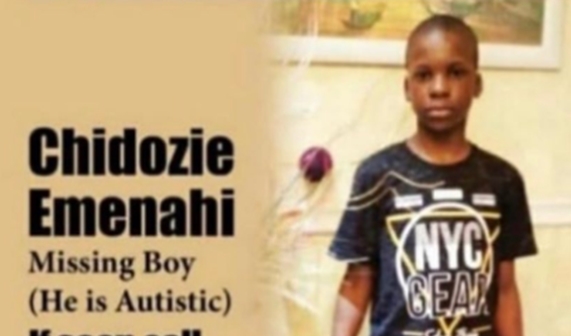 According to a relative, Yomi, who spoke to LIB, Chidozie resides at the Raji Raski estate in Amuwo-Odofin with his mum.

On Sunday, January 10, he walked out of the house and went out of the gate and hasn’t returned nor has he been seen around. He said the matter has since been reported at the Festac Police station.