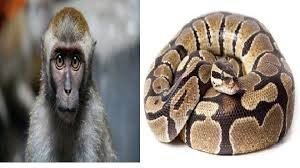 It is general knowledge that the Igbo people of Southeastern Nigeria are highly spiritual people – their history and cultural belief is directly linked to their spiritual life and religion. Littered across Igboland are places and things they consider sacred in connection with their spiritual beliefs. These include; animals, totems, grooves, trees, etc. What is considered sacred in a place might be regarded dismally in another community, hence, the Igbo proverb, ‘Ihe ndi na aso ka ndi na-eri’ literally translating as ‘what some people avoid is what others eat’.

Some of the places/things considered sacred across communities include:

Across various communities in Igbo land, the python is considered sacred as it is often a totem of deities associated with water. The python, known as Eke in the Igbo language has different names attached to it according to what it means or represents to each community. In these Communities, they have unique stories of how they came to have these special relations with the Eke. 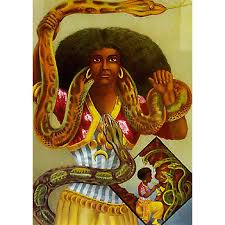 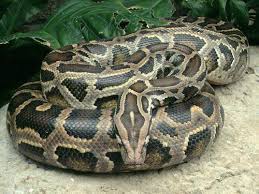 In Umuohi Ihiala, Anambra they tell a story of how the eke ogwugwu-mili according to how they address the python deity, came to be for them through a mysterious widow who was sent away by her husband’s people and happened to find a resting place in their village for the night but was accepted to settle in the community. At the point of her death, she asked to be taken close to a river to die, there she turned to a python promising that no daughter of Umuohi will ever be treated with disdain or disrespect. Ever since it is said that any daughter of Umuohi maltreated at her husband’s place the python shows up to fight for her.

This is just a story of one community, stories abound across other communities just as the name varies in these communities. We have Eke Njaba, there is Eke Idemili, Eke Ogba which is believed to live in a forest supposed to be king of pythons.

One thing is constant, pythons are revered and forbidden to be killed by humans in these communities, going against this warrants ostracization from the community or the option of throwing a befitting burial for the python.

Akwu Ojukwu: The Most Valuable “Palm Fruit” in Igboland

In Igbo traditional religion, water bodies have always been considered sacred as a major source of life. In some communities, there are water bodies like lakes, rivers that are dedicated to their gods. These water bodies have sacred laws surrounding them, not everyone might have access to it or it might have specific days for visiting. Rivers like Njaba river in Imo state, Agulu lake, Idemilli in Obosi, Ngene in Amawbia are all connected to a deity and therefore roped off as sacred in their communities. 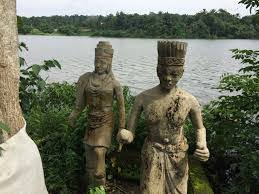 In the early days of the missionaries in Igboland, the lands that were given out to them to build churches were evil forest. In every community in Igboland, there are places forbidden for humans to enter or settle, sometimes these places are grooves or forest dedicated to the gods or land where all the abominables of the land are deposited.

In the days before colonialization, people with strange illnesses or people who die mysteriously are thrown into the evil forest. 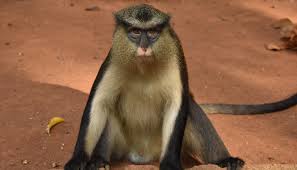 It is not uncommon to see certain trees cordoned off in some villages with red, white, or black materials. Those trees are probably connected to the village deity or serve as the abode of the gods. In many communities, these sacred trees are found in their village squares, usually a huge tree. Trees like ogirisi, ofo, oji, udara, and akpu These kinds of trees have a huge significance in Igbo traditional religion. For instance; ogirisi and ofo are highly respected as sacred because they are used for spiritual purposes, Oji is used for many traditional purposes. 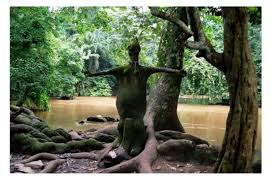