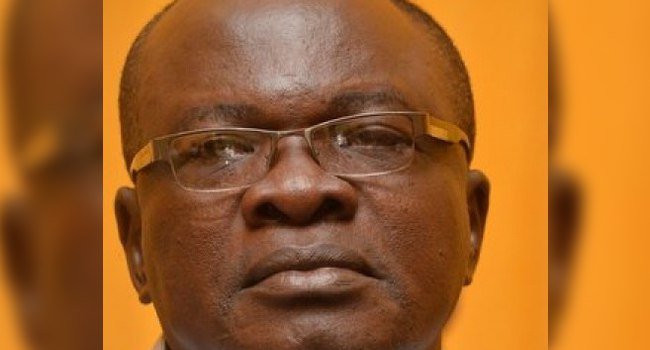 Family sources said the flamboyant trainer complained of body pain and was treated for malaria, only to be found dead in his bed at dawn on Thursday.

“It is another sad day for Nigerian football. Erico was among the very best of Nigeria’s international goalkeepers and also served the country with fervour and diligence as assistant coach of the Super Eagles between 2001 and 2002.

“He will be sorely missed. We pray that Almighty God grant him eternal rest and also grant his family and loved ones the fortitude to bear the big loss,” NFF General Secretary Mohammed Sanusi said in Abuja.

Born Joseph Eric in Odukpani Local Government Area in what is today known as Cross River State, Erico served at the same period as the revered Emmanuel Okala and Eyo Essien.

He made his debut for then Green Eagles in an Africa Cup of Nations qualifying match against Zambia in Lagos in July 1973 (which Nigeria won 3-2), and then kept goal in all of Nigeria’s six matches at the 1976 Africa Cup of Nations in Ethiopia, where the Eagles finished third – the first time Nigeria would win a medal at the AFCON.

Erico was also in goal in all of Nigeria’s pre-tournament friendlies against Kenya, Zambia and Tanzania just before the team flew to Ethiopia.

Nicknamed ‘Jogo Bonito’ (Beautiful Game) for his preference for fluency and expression in the rhythm of play of his teams as a coach, Erico was part of the triumvirate (alongside late Amodu Shaibu and late Stephen Keshi) who were shooed in to do a rescue job for Nigeria as the ship to the 2002 FIFA World Cup finals tottered badly under Dutchman Johannes Bonfrere.

With three matches left in the campaign and a must-win mandate for all, the trio got the job done and qualified Nigeria for Korea/Japan.

They also led the team to a bronze-medal finish at the 2002 Africa Cup of Nations finals in Mali early 2002.