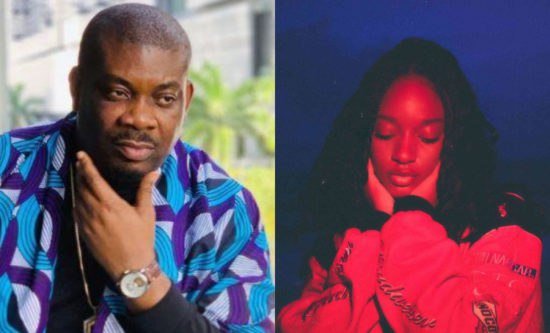 One of Nigeria’s biggest music label group; the Mavin records has announced the signing of female singer, Ayra Starr, and fans are excited to know more about the protégé.

The 38-year-old record boss, Michael Collins Ajereh, better known as Don Jazzy or Don Baba J, announced the signing by sharing a snippet of the video of Ayra’s debut on social media on Thursday.

“Last year I met the most incredible 18 year old girl, her name is @AyraStarr. Through her lyrics guided by her soulful voice I am able to see the world from a teenager’s point of view.

Ayra is not just an amazing artist, she is an all-round superstar. It’s been a fantastic experience working behind the scene for over a year and we at Mavin Global are super proud to present to the world today,” he wrote.

Gabrielle Union Reveals How Her Husband Reacts To Her S3x Scenes