Strangest Traditions From Around The World (Photos)

Every country or tribe practises some sort of culture or tradition, for instance, in Yoruba traditional weddings, the groom prostrates before his in-laws. Not all traditions are that simple, some are quite intense or somewhat strange.

To give you a better understanding of the world we live in, here are the 10 strangest traditions from around the world. 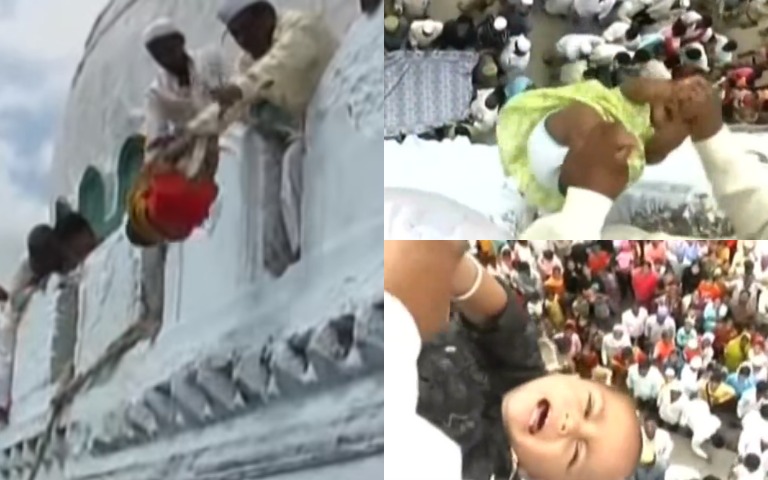 In the western state of Maharashtra India, there is a 700-year-old tradition that parents drop their newborn babies off of a roof of temples. The newborns are dropped from a height of 50ft and are caught in a sheet held by men below. Its practice has reduced in recent years but there are still many villages that practise this. It is an annual tradition said to bring good health and prosperity to one’s family. Surprisingly, despite how dangerous this tradition is, there has never been any injury reported. 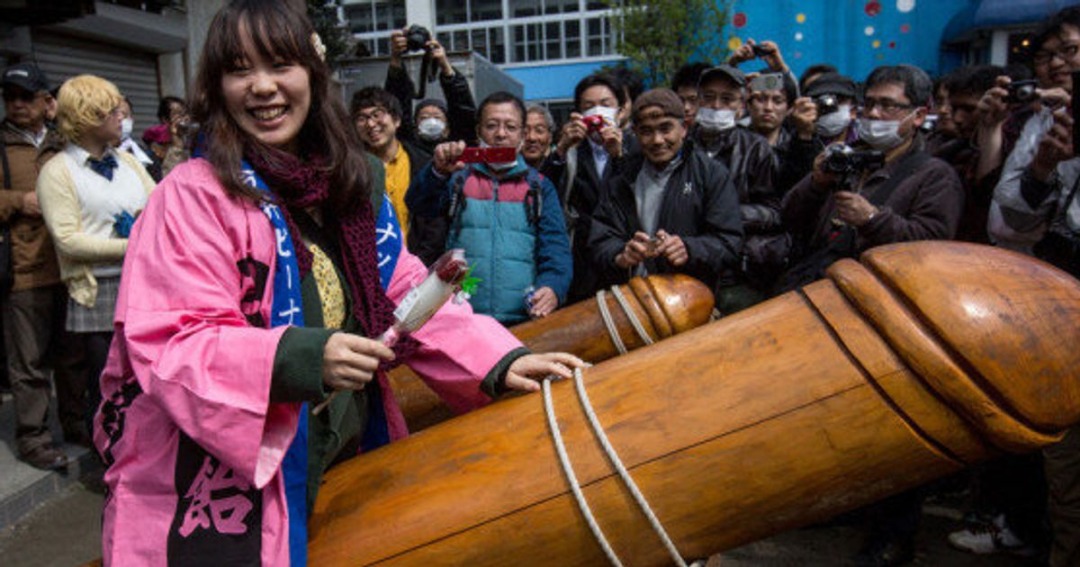 In Kawasaki Japan, there is an annual festival held every spring known as the Kanamara Matsuri or simply the Penis Festival. The central theme of the festival is the penis which is reflected in illustrations, decorations and even in vegetables and candies. A giant wooden penis is hoisted and carried across town said to bring prosperity to businesses and married couples as well as prevent STDs. It has become a major tourist attraction with much of the money going towards HIV research. 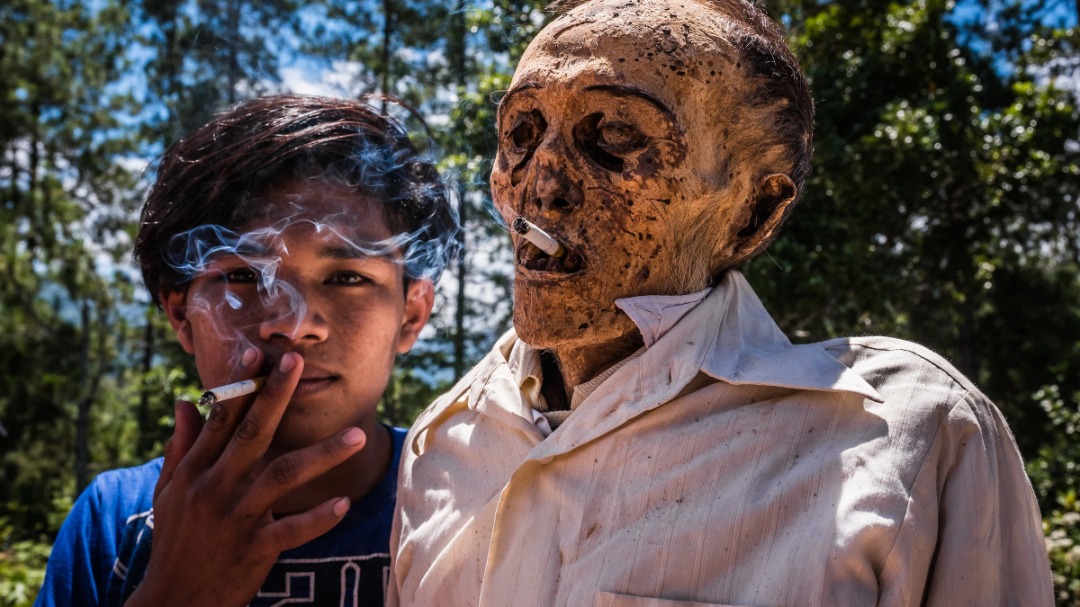 The people of the Toraja in Indonesia have a unique tradition when it comes to their dead, their funerals are very elaborate and expensive that they keep their dead in temporary coffins until the family can pay for the funeral which can often take years. That’s not the creepy part, the Toraja have great respect for their dead so during this waiting period the bodies of loved ones are often exhumed so that they can be cared for, they would actually groom and redress the body if necessary. They do everything it takes to make the corpse look the best. They feed cloth, bathe and bathe the dead. Once the family finally has the funds necessary, it is reported that they will walk the corpse to its final resting place.

Bride kidnapping also known as marriage by abduction is considered illegal in some places. It is a tradition that has been practised for centuries, it is still practised in some places like central and south-east Asia.

The way it works is, if a man can successfully kidnap a lady and hold her hostage for a certain period of time for say a week, then he can keep her as his wife. This tradition has been referred to as barbaric by some group who are agitating for its end. 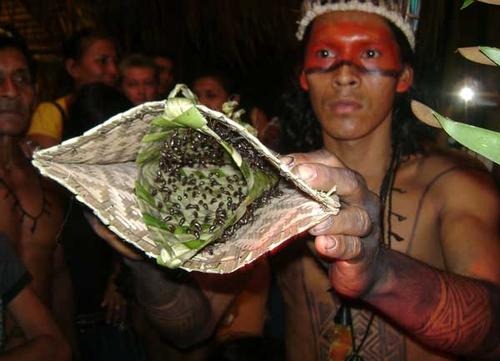 Several times a year the Amazon Sateré-Mawé tribe of Brazil observe a special tradition that every young man must go through in order to become a true warrior. The tradition requires that every young man must put his hand in gloves filled with giant tropical bullet ants. If you don’t know what bullet ants are, they have a sting 30 times worse than that of a bee. And the men are required to wear the gloves for more than 10 minutes at a time, while the ants inject them with toxic venom, and they are required to repeat this process 20 times. 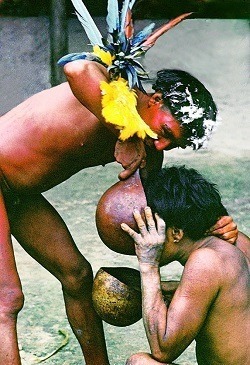 The Yanomami tribe of Brazil has a tradition that forbids the preservation or burial of their dead, so those who die are cremated and the ashes which include crushed bones are distributed to the family and eaten by all. They are allowed to put it into food as an ingredient, or add it to liquid or on bread. 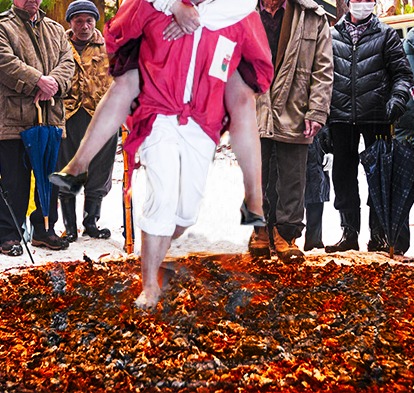 China has one of the oldest cultures in the world with countless traditions. After a wedding, a groom must carry his new bride over burning HOT COAL when entering their home for the first time. Those who practise this believe it will ensure easy and successful labour when the bride becomes pregnant. 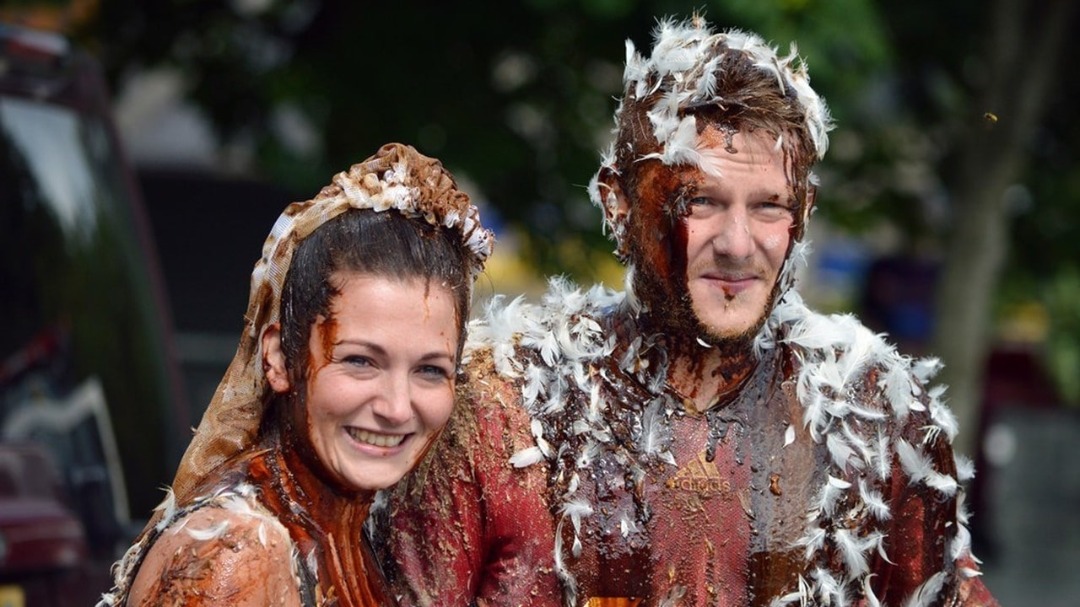 In Scotland, they have a tradition for weddings of throwing the bride and groom with feathers and flowers called blackening. It is supposed to prepare the couple for any future troubles or humiliations with the theory being that nothing could be worse than this.

In Tibet, they have a very different approach to dealing with dead bodies than the rest of the world. While we all bury the dead, the majority of Tibet are Buddhist and part of their belief is that the body is simply a vessel so when someone dies, there is no need to preserve the body because their spirit has moved on, so instead of burying the dead, they cut the body in various places and leave it on a mountain top where it is exposed to natural elements as well as animals who will take care of it. 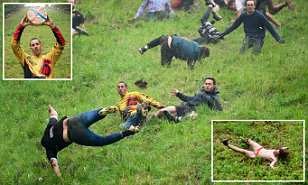 The cooper’s cheese rolling is an annual event held in England, traditionally it is for people who live in the local village to participate. It involves a 9 pounds cheese wheel that will be rolled down a steep hill while competitors rush after it and whoever crosses the finish line first gets to keep the cheese. No one is exactly sure how this tradition started.

Kayanmata Cannot Make You Marry Dangote, Or Get Pregnant For Him – Socialite PrettyMike Shades Women