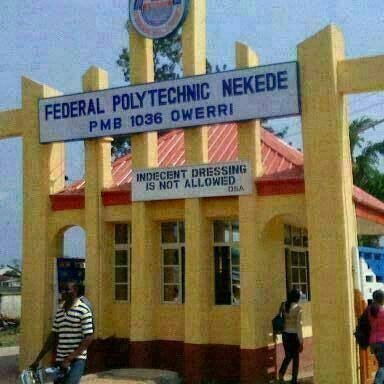 Students of the Federal Polytechnic ,Nekede, Owerri, Imo State, have vowed to block the Government House in protest if the family of a student of the institution, Anthony Chinweotito, who was killed by his caretaker, does not get justice.

The Students’ Union Government of the institution, which called justice for the 100-level student, decried the intimidation of students by hostel owners.

Chinweotito, 20, a student of the Building Technology Department of the polytechnic, was allegedly beaten unconscious by his caretaker on February 2 over rent.

He was rushed to the Federal Medical Centre in Owerri, where he died on February 6.

The SUG President at the polytechnic, Chuwuebuka Eze, who spoke to newsmen on Tuesday in Owerri, said, “We want nothing but justice for the student.

“As students, we will not accept anything but justice for the Ordinary National Diploma one student, who was killed. We embarked on a march on Monday and we have told the authorities what we want.”

Eze stated that the students would block the state Government House in demanding justice for their slain colleague if justice was not served quickly.

He said, “We have given a timeframe and if the timeline expires and nothing is done, we will block the Imo State Government House until the governor sees and addresses us.

“We want the killer caretaker prosecuted. We want the family of the murdered student to be compensated. We want the immediate stop to the intimidation of students by hostel owners in our school. We will stop at nothing in ensuring that Anthony gets justice.”

Eze added that the students were demanding that the hostel, where the undergraduate was attacked, be shut and occupants refunded their rents.

“We are also demanding that the Ezinwanne Hostel, where our fellow student was killed, be shut down immediately. Apart from the shutting down of the hostel, we demand that students who have already renewed their rents be refunded so that they will relocate immediately,” the SUG president added.

Kim Kardashian Warns Critics Saying My Children Are My Priority