Top 10 Most Colorful Cities In The World (Photos) 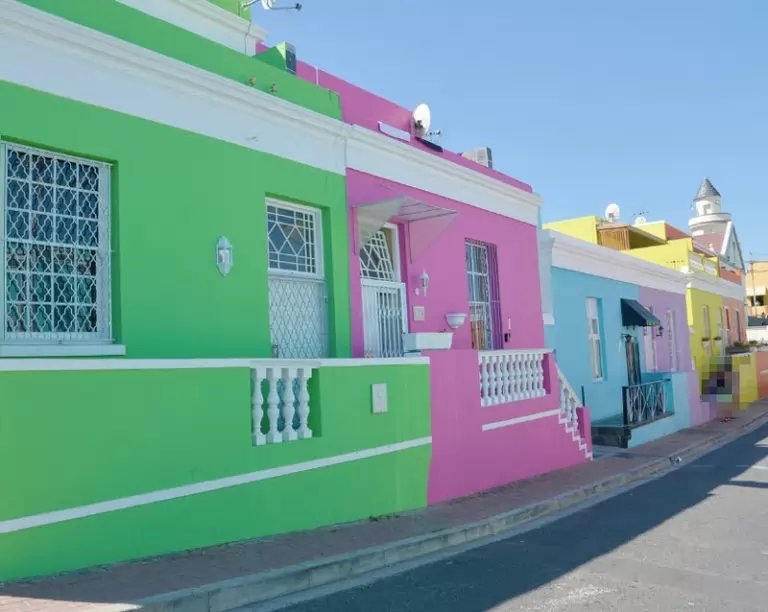 What defines the beauty of a city? It depends on various factors like landscape, architectural style, cleanliness, peacefulness, people…etc. The colors also play an important role in bringing exceptional beauty to a city. The followings are the 10 most colorful cities in the world.

The city is located in the beautiful bay of Fund. Saint John City is widely popular for its brightly colored downtown row houses.

It is one of the popular tourist attractions in the city.

It is the common nickname used by the natives to refer to the colorful houses in the downtown area.

It is said to be people of Saint Johns used to paint their houses in bright colors to keep the beauty even in foggy weather.

You can see each house in the street painted with a unique color. The walking tour in the city surely becomes an unforgettable experience for you.

La Baca is one of the neighborhood of Buenos Aires, the capital city of Argentina. La Boca is famed for its traditional colorful wooden houses and pedestrian-friendly paths. There are many artist colonies in La Boca.

They also utilize colorful wooden houses in La Boca as part of the background while they perform different art forms.

Another main attraction at La Baca is ‘Tango’ dance. You can see tango dancers at every corner of La Baca.

This neighborhood of Buenos Aires is also popular for massive exhibitions of photographs and paintings.

This town is named after John Longyear, An American who started the Arctic Coal Company in 1906.

Longyearbyen was renowned for its colorful wooden houses.

These colorful houses are built on piles. It is to keep away the houses from the permanently frozen ground in the town. Longyearbyen has a population of 2040.

There are no clear road connection in this town. The local people prefer snow scooters for transportation.

The blue color considers a symbol of sky and heaven in Judaism. It also represents people must live their lives with spiritual awareness.

The natives of Chefchaouen regularly repaint the buildings in the blue shade in the memory of that old Jewish tradition and to keep the history alive.

This bluish village glows differently at a different time of a day.

It is also said to be the bluish shade of Chefchaouen can keep away the mosquitoes as they don’t like clear water.

There are 40000 people who inhabit this picturesque town. The town also has a very calm atmosphere.

The historic and colorful Bo-Kaap suburb is located in the foot of the signal hill in Cape Town.

This residential area is renowned for its brightly colored houses and narrow cobblestoned streets. These houses display a mixture of Georgian and Dutch architectural styles.

Bo-Kaap also has a colorful history. During the 16th and 17th centuries, a number of slaves were imported from Malaysia, Indonesia, and other African countries to Cape Town by the Dutch. The slaves were known as ‘Cape Malays’.

In 1760 a number of houses were built in this area and leased to the slaves. Later the slaves bought the houses and painted in bright colors to express their freedom and happiness.

The Bo-Kaap museum in the area is the oldest building in the area that is built back in 1760.

The museum still remains in its original form and it displays the history of Bo-Kaap and life of the Cape Malays.

This colorful old city encircles the popular Mehrangarh fort in Jodhpur. There are more than 100 colorful such houses enclosed by a wall in the city.

The blueness of Jodhpur also found as a symbol of the native’s resilience against the scorching heat of the Thar Desert that surrounds the town.

According to the local people of the town, blue painting also helps to keep their houses cool and to prevent mosquitoes.

The colorful houses in Jodhpur are also decorated with lavish furnishings and artifacts.

There are 750 colorful structures in total in this city. With these colorful buildings the waterfront of Willemstad city looks definitely unreal.

This coloring tradition in the city was started by General Governor Albert Kikkert. There is also an interesting story behind it. Albert Kikkert suffered from migraine headaches during his charge in the 19th century.

He understood that the reflection of sunlight from Willemstad’s white building causes such health problems. Then Albert Kikkert gave direct order to paint all the buildings in the downtown area of the city with bright colors other than white.

There are hundreds of protected historical buildings in Willemstad city. Many of these buildings stand as outstanding examples of the Dutch architectural style.

Many of the ports in the harbor of the city are dated back to the 17th century, built by the Dutch West India Company. This great historical importance and beauty attract thousands of visitors every year to Willemstad city.

Santorini is a beautiful island located in Southeast of Greece. There are 15 traditional and picturesque villages in Santorini.

The brilliant whitewashed houses and cobblestone narrow streets are the main attraction of these villages.

The balconies of these unique houses also open views to stunning Sunset and volcano on the island.

It is believed to be the local people of Santorini started to use whitewash for decorating their houses in the 19th century. It is because the whitewash is cheap, durable and has oxidizing properties.

Eventually, this white coloration became a trend in Santorini. It gives a unique style and homogeneity for Santorini Island.

Nyhavn is a beautiful harbor district in the Danish capital of Copenhagen. The colorful houses on either side of the canal and wooden ships are the main attraction in Nyhavn.

The picturesque old houses in Nyhavn were built back in the 17th century. Today many old houses have been turned into restaurants and cafes.

House no: 9 is the oldest house in Nyhavn, built back in 1661. Still, this old house remains in its original form.

Many of these old houses in Nyhavn have been the home of popular Danish artists.

The house no: 20 once used by famous Danish author Hans Christian Anderson.

The green waters of canals that separate the islands reflect these picturesque houses, and it truly looks like a paradise.

In the old day’s fishing is the main source of income in Burano. During the winter season, the fishermen found it hard to recognize their homes because of heavy fog.

So they decided to paint their houses in different colors. This incident is believed to be the starting of the coloring tradition in Burano.

Senate Move To Regulate Production Of Bleaching Cream In Nigeria