Nigerian troops have nabbed 20 members of the Indigenous People of Biafra (IPOB) over the murder of soldiers and civilians in Orlu, Imo State.

The joint operation involved the Army, Air Force and the Police.

A military intelligence officer told PRNigeria that the IPOB militia ambushed and killed the soldiers on the escort of the Director Civil Affairs, Brigadier General H. E. Nzan.

Nzan and his team were on inspection of the Civil-Military Project at Nkwerre.

The attackers took away weapons and a vehicle belonging to the troops. 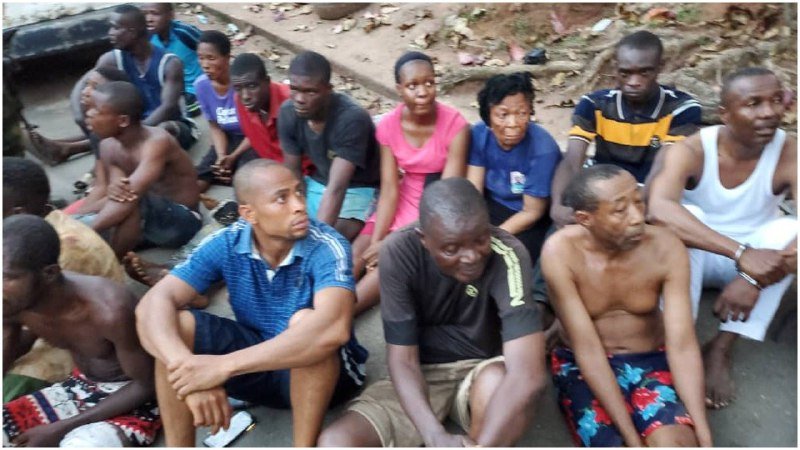 The source said since the beginning of 2021, IPOB actions and demand for secession have adversely affected the security situation in the East.

“The activities of the elements have led to an increase in armed robbery, car snatching, kidnapping, rape, attacks on civilians, police and military personnel on checkpoints and escort duty.

“Recall that troops of 34 Brigade, with the Imo State Police Command, on January 22, 2021, carried out raids in Okporo/Ezenta and Akata axis of Orlu Local Government Area to recover the corpse of a police officer killed by IPOB.

“During the raids, one IPOB member was killed and a vehicle (SUV) was recovered. Various IPOB training camps were also discovered and destroyed.”

Orlu Mayhem: Why Over 30 Clerics Were Arrested – Imo Govt

Last Wednesday, an operation was conducted in a forest close to Lilu village in Ihiala General Area of Anambra State by combined troops of the Army, Air Force and the Police.

Some IPOB camps were destroyed, while its militia was suspected to have escaped with their d**d colleagues and varying degrees of gunshot wounds.

The suspects arrested and items recovered were handed over to the Police headquarters in Owerri.