The Edo All Progressives Congress, led by Col David Imuse (retd.), has dared Governor Godwin Obaseki to carry out his threat to probe the N30bn Benin stormwater project which his predecessor, Adams Oshiomhole, began. 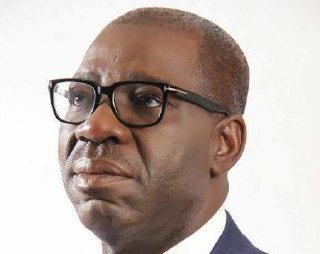 The party, in a statement by its State Publicity Secretary, Chris Azebamwan, urged the governor to institute the storm water probe and make its findings public so that the Edo people would know the truth.

The statement reads partly, “Edo people know that the project was jointly handled by the State Environment and Public Utilities and Works with several commissioners, including the present Secretary to State Government, Osarodion Ogie, who was in charge of the Works Ministry.

“While the project was ongoing, Obaseki (as chairman of the Economic Team), regularly accompanied his predecessor to inspect the progress of work after he played the key role of sourcing the first N25bn from the Capital Market through his company, Afrinvest, which reportedly got N1.5bn commission from the deal.

“It will be comical and equally ingenious of the governor to carry out this probe. It will not only be revealing but end up as a milestone which could well turn out to .become a benchmark for the country.

“The APC is disappointed over the failure of Governor Godwin Obaseki to showcase any achievement in his 100 days but would rather take to chasing shadows by threatening to probe a project he supervised its takeoff and later abandoned.”

Meanwhile, the state Ministry of Environment was taken over by policemen on Tuesday as the government moved in to recover documents relating to the stormwater project.

When The Anaedoonline visited the ministry, it was gathered that the police took over the premises on Monday night after the state government claimed it got intelligence of an arson attempt on the nine story building.

Visitors who visited the fifth floor of the building, including The PUNCH correspondent, were thoroughly searched by detectives.

The Secretary to the State Government, Osarodion Ogie , in a statement on Tuesday said the government would uncover the details surrounding the project and its execution and also said those found culpable would be brought to justice.

Ogie stated, “Following the commitment of the Edo State Government to probe the N30bn Benin stormwater project, the state received intelligence of a possible arson at the offices of the Ministry of Environment and Sustainability, which houses vital documents on the project.

“The government immediately deployed security operatives to guard the premises of the Ministry overnight to protect its assets. We have successfully evacuated these vital documents to a safe location to ensure their integrity and in readiness for a probe.”