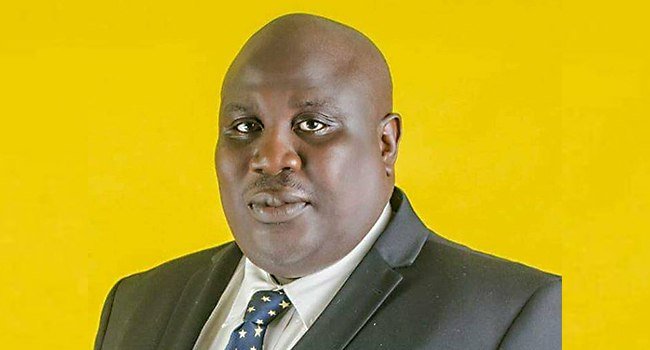 The embattled Deputy Speaker of Ogun Assembly Dare Kadiri has been impeached for alleged “gross misconduct.”

Last week, no fewer than 22 lawmakers signed a petition for Kadiri’s removal.

Newsmen had reported the plots to sack him thickened on Monday when an ad-hoc Committee was set up by Speaker Kunle Oluomo to investigate the allegations against Kadiri.

Part of the allegations against him include “gross misconduct.”

He was expected to respond in writing to the Investigation Committee headed by Hon. Yusuff Sherrif.

We gathered he was impeached on Thursday morning during plenary.

However, the embattled deputy speaker, Oludare Kadiri, has dismissed his purported removal as an “infraction,” stressing that it is “grossly unconstitutional and illegal.”

Kadiri, in a swift reaction to his impeachment which was made available to Newsmen, said he was already consulting with his lawyers with a move to challenge the “infraction” that the purported removal represents.

He urged his teeming supporters, constituents and members of APC in Ijebu North II State Constituency to remain calm as the issues that threw up this unwarranted action would be sorted out.

He said: “I just received the news of my purported impeachment based on the report of an ad-hoc committee set up by the Ogun State House of Assembly. The development, to say the least, was grossly unconstitutional and illegal.

“However, I have initiated consultation with my lawyers to fashion out the best possible way to address this infraction. I urge my teeming supporters, constituents and members of my political party in Ijebu North II State Constituency to remain calm as the issues that threw up this unwarranted action are sorted.

“In whatever capacity I find myself now or in the future, I remain committed to the ideals of a functional legislature, tenets of democracy and good governance.”

Anambra 2021: NSA Monguno Issues Warning To IPOB Ahead of Election

Reactions As Tonto Dikeh And 2face’s Babymama, Pero Spotted Together