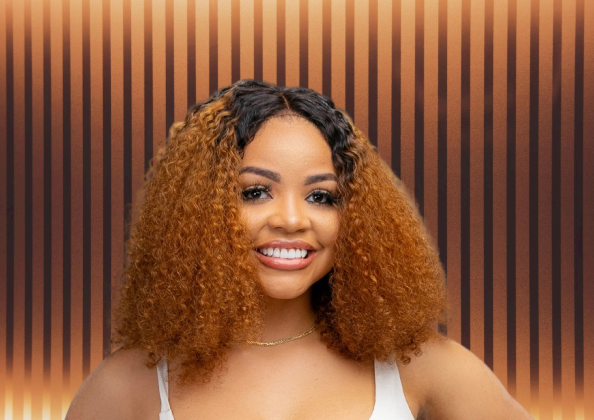 Rebecca Nengi Hampson is a Reality TV Star and entrepreneur from Bayelsa state, Nigeria. She is an Ex-beauty Queen with two crowns to her name, including the Queen of Trust 2013 and the Miss Peace Bayelsa 2014. Also, she made the Top 5 at the Most Beautiful Girl In Nigeria, MBGN, awards. Nengi admits she loves learning new things, having fun, travelling, taking on new adventures, and being true to herself. 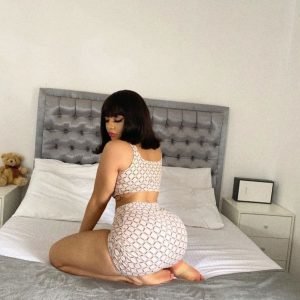 You probably know these things about her. Here are a few facts about her you didn’t know about.

She is a fan of body art

Nengi has three tattoos on three different parts of her body; her thighs, her ankle and under her boobs.

The tattoo of numbers on Nengi’s ankle raised so much dust at the beginning of season five of the Big Brother Naija Lockdown Reality TV show where many argued that the tattoo on her ankle reads “666”. Meanwhile, it was later discovered that the actual number is ‘1998’ which many explained as Nengi’s date of birth as the Reality TV Star claimes to be 22 years old, as at the time she was on the show.

The other tattoo, on Nengi’s thigh, made many people describe Nengi as a huge fan of Rihana because the two share the love for tattoos in the ankle and the thigh. The translation/meaning of the Russian tattoo on Nengi’s thigh is, “Never make the same mistake twice”.

The third tattoo and most unnoticed on Nengi’s body is the tattoo under her burst which reads “Flora my flower”. The tattoo is undeniably dedicated to her beloved mother, Late Mrs. Flora.

According to the Instagram-statistics Nengi has broken into and now part of the top 5 most followed female BBN ex-housemate. Social media following is not the true test of one’s popularity but as it is not an indication of obscurity, there is no harm in having followers in the millions. Plus, the engagement engagements, the influence, and the brand aspect which is a bonus for ambassadorial deals make big following a big deal.

Here’s what it looks like on the top of social media ladder (the Instagram version) for the ladies who graced the BBN Reality TV Show,

Bisola from season 2, “See Gobbe” currently has over 3Million followers, making her the most followed from her set.

See the record held by Laycon

From season 4 “Pepper Dem” Mercy Eke who was crowned the first female winner of BBN is currently with 2.4Million followers, making her the most followed from her set.

Nengi from season 5, “Lockdown” entered the house with twelve thousand (12K) Instagram followers and currently has over 2.2 million followers in seven months marking her the Top five most followed female housemates from the collection of all the seasons. No other housemate from her season has crossed this range.

Nengi is a CEO

Note the word “astute”, Nengi’s level of cleverness, resourcefulness towards her personal business brand is practically artful. Recall that she’s the CEO of Shoesbyflora, a shoe brand which she named her mother. shoesbyflora was consistently promoted on the BBN Reality show by the “shoe Boss” Nengi as she fondly calls herself.

Nengi in her magnanimous nature has shown maximum benevolence and it is on record that she didn’t just start to show this side of her. Long before she entered the BBN house, she had always reached out to the less privileged especially the female child. This has earned her honor as a Girl Child Ambassador under the Government of Bayelsa state.

In her words, in an interview with Giltz Magazine she said, “I choose to see myself as a humanitarian. Maybe I can be a philanthropist in the nearest future, but for now, I am more of a humanitarian, advocating and rendering the little support I can give. It’s something I’ve been really passionate about since my modelling days when I literally had nothing. ”   This best explains her natural love for humanity.

Nengi is an introvert

Surprised? Take a minute to reminisce about her moments during the BBN Show where her life was put out to the whole of Africa for over two months. She was judged by many viewers because they feel she doesn’t exude the common attribute of other ladies like gossiping with fellow housemates, connecting and relating closely with other female housemates and been emotionally unstable due to the stimulations from other housemates or just for the sake of it/”content”.

Nengi’s growth and fame post her participation on the Big brother Naija, Lockdown is undeniable. With over two million new followers across the continent, her epaulets are shiny with multiple brand ambassadorial deals and a Ramsey Nouah-directed Nollywood debut. She captivated Africa with her smoldering good looks, sassy retorts and her iconic Saturday night moments. Clearly, she is on a meteoric rise to mainstream celebrity status.

Nengi is a landlady

Nengi has joined the tiny percentage of homeowners in Nigeria. On the 9th of March, 2021, she took to her Instagram page to write: “2021 just keeps getting better. With consistency, dedication, and hard work, I finally get to tick this off my checklist. Thank you Lord for [your] continued blessings. I can’t wait to play table tennis with my friends in my ‘Pengi’ home.”

There is no end to Nengi continually being in the news and newer stuff getting discovered about her. We would continue to follow this star and update this post as we learn fresh things about her.