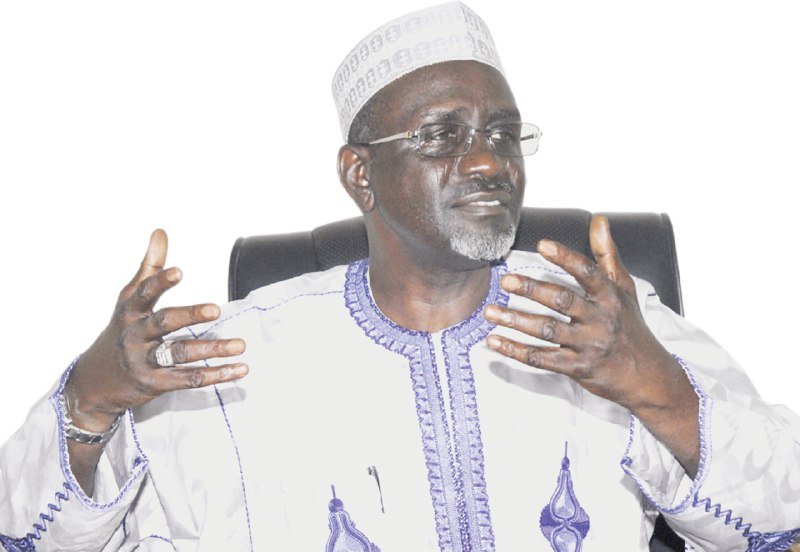 The traditional ruler of Nsukka community, Enugu State Igwe George Asadu conferred the ‘Ikeoha of Nsukka’ title on him on Tuesday for his good relationship with Nsukka people.

The conferment came against the backdrop of the fourth Chinua Achebe International Conference.

Nigeria’s Next President Should Come From Southern Nigeria —Shekarau

The event was organised by the Institute of African Studies, University of Nigeria Nsukka, in collaboration with the Centre for Black and African Arts and Civilization (CBAAC).

Speaking at the conference, secretary to the government of the federation Boss Mustapha said the late Achebe left indelible marks in the development of African history and literature.

“I am pleased to be part of this noble gathering, to celebrate a man who left indelible marks in the development of African history and literature,” he said.

Mr Mustapha, who was represented by the chairman of the All Progressives Congress (APC) in Enugu Ben Nwoye said the Buhari administration had initiated numerous projects and programmes for the betterment of the country.

In his remarks, UNN vice-chancellor Prof Charles Igwe said Achebe would continue to be remembered because of his literary contributions to the development of literature in Nigeria, Africa and the world.

The Need To Curb Incessant Attacks On Police Stations