EXPOSED: Inmates Reveals Policemen Use Water Sachets As Condoms To Have Sex With Them (Video) 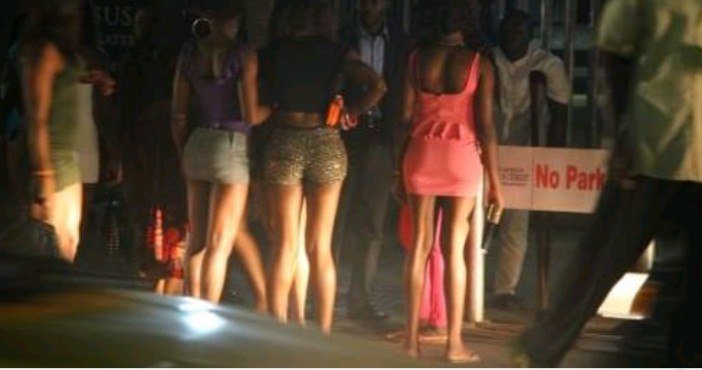 Activist/Actress, Dorothy Njemanze, said that some of the 70 girls allegedly arrested by men of the Utako Police station in Abuja have accused some of the officers of forcefully having sex with them using pure water sachets as a condom.

Recall that over the weekend, a Nigerian lawyer, Mart Obono, came on Twitter to announce that over 70 girls accused of engaging in prostitution, had been arrested by officers of the Utako Police station and were made to spend the weekend at the station.

Njemanze who went with her team to see some of the girls as they were arraigned before a mobile court at Area 10 old Parade ground in Abuja, said the girls were denied access to their family members and were also threatened to plead guilty. The ladies were asked to pay a fine of N5000 or have sex with the policemen.

There are some couples who always seem to have the near to perfect sexual relationship (Sex) and then, there are others who have a really hard time staying contented in their relationship because the sexual side of the story is almost nothing to write about.

One of the principal secrets a couple need to know is the recipe for perfect romance and sex. And it needs just two ingredients, unconditional love and wild sexual passion. When it comes to wild passion, couples are advised by sex therapist not to ignore the clitoris. The clitoris when well-handled gives both husband and wife the best of sexual pleasure.

Hausa Girls Have The Most Active Clitoris – Kemi Olunloyo Reveals

The clitoris, often described as a small penis is actually the female version of the penis. Although it is much smaller than the penis, it has exactly the same number of nerve endings like the penis. The clitoris is actually really big; it is behind the labia and surrounds the vagina.

Ten (10) Things To Know About The Late Wife Of Billionaire Businessman,...

Lady Dies After Being Bitten By Snake Hiding In Water Closet In...