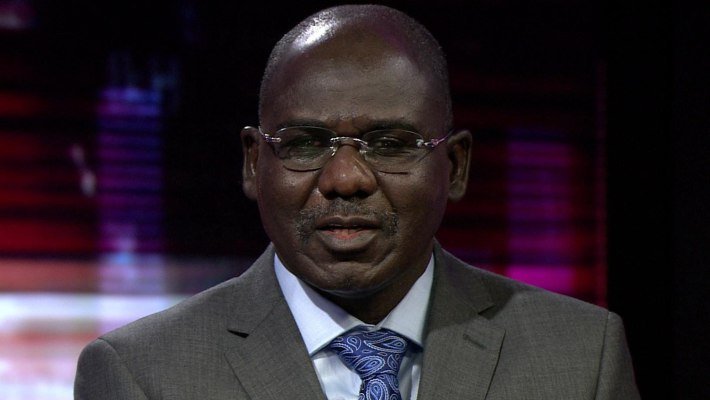 A legal practitioner, Osuagwu Ugochukwu, who described himself as an Attorney to LT Gen T.Y Buratai (retd), has threatened to seek legal redress on behalf of the former Army chief should anyone attempt to soil his reputation over alleged missing arms fund.

Ugochukwu issued the threat in a statement titled, ‘Lt. Gen. TY Buratai and other ex- Service Chiefs Never Fiddled With Arms Fund,’ which he signed, and released in Abuja, late on Friday.

The statement read, “My attention has been drawn to an interview granted BBC by National Security Adviser, Major General Babagana Monguno (retd.) wherein he was alleged to have accused former service chiefs of filtering Arms Fund away.

“I can confirm that LT General Buratai and other ex-service chiefs were never mentioned in the interview and neither was any arms fund missing under the stewardship of LT Gen T.Y Buratai.

“Interestingly, NSA Babagana Monguno has denied making such accusations. We therefore urge members of the public to discountenance any such misquoted narrative suggesting sleaze on the integrity of LT Gen T.Y Buratai (retd.).

“Anyone interested in knowing how Arms were procured by the ex-service chiefs and particularly LT Gen T.Y Buratai should channel such request for information to the Ministry of Defence and stop the habit of speculation and false information peddling. Because any attempt to further tarnish the image of the former Chief of Army staff will be resisted legally.”

Juventus To Sell Cristiano Ronaldo, See For How Much