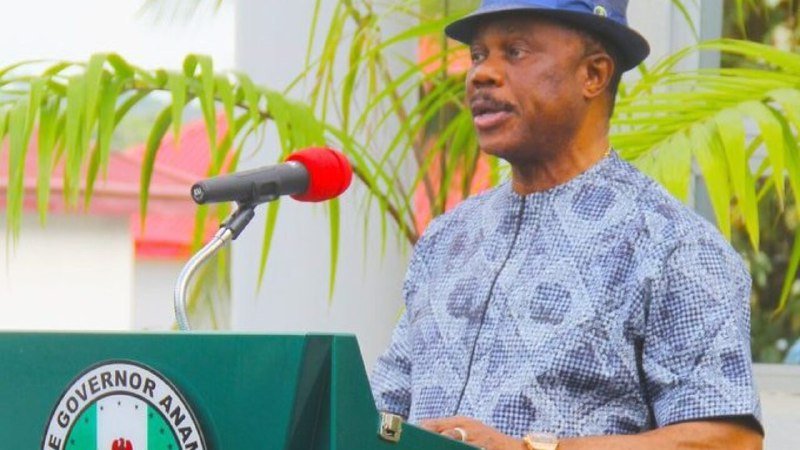 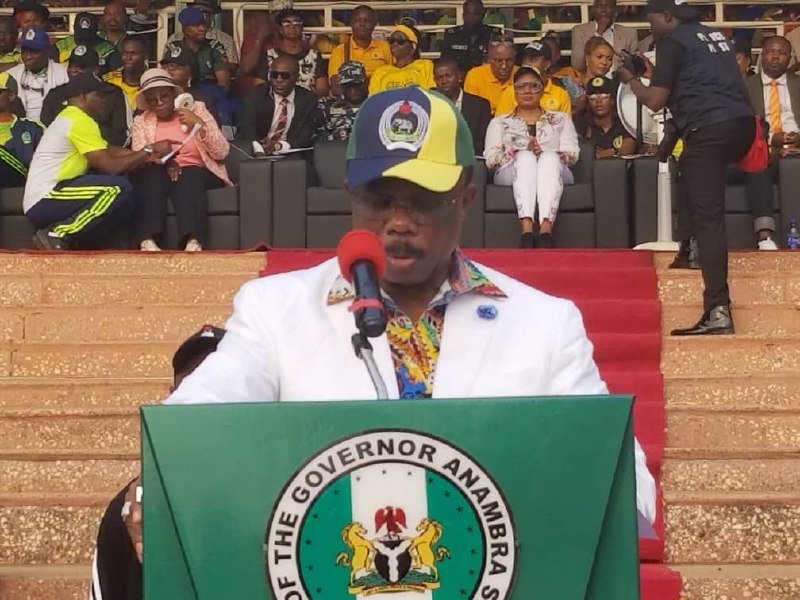 Nigerian governors, steeped in a culture of fanfare both for good or bad, for little or big accomplishment, has now established celebrating their one hundred days in office, as a mark of a high point in their administration. One hundred days in office is barely a little over three months, by which time the governor is hardly fully aware or conversant with the reality of governance. Yet with an overwhelming sense of arrival, stability even, as the government by then has earnestly kicked off, it still could pass as a high point in the administration.

This is so considering that some of the original visions and ideas in the mind of the governor are still lucid, faithfully waiting to be applied, as yet uninterrupted, harassed, or watered down by the vagaries of politics or by political hangers-on. Even more so because, the new government is still enjoying favourable public approval. Being usually the first public show the administration is undertaking on its own, in many ways, the festivity, though needless, yet offers a peep into the mind of the governor, his programmes for the state and also provides a strong root for future assessment of the administration based on its own set target, in its early days.

In a matter of a few days, Governor Willie Obiano would have spent exactly seven years in office. In fact, this feat is now being celebrated by many of the governor’s aides as a milestone, with projects the administration has facilitated over these years, also being put on for show. For me and others who are ardently observing the unfolding events; this matters. It matters especially because the government has exactly one year before Anambra would have a new government. It matters because, perhaps, it is time to sit down and count, and not be lured by the colourful and elaborate narrative pushed by those in the service of the government, or by the doom preached by the opposition, but guided by patent and plain facts before us. It matters because the administration’s high point has to be matched with its undertakings close to its exit.

During the one hundred days festivities of Governor Willie Obiano, the administration’s focus was illustrated in several publications. The governor also made certain commitments to steer the ship of the government of the state in definite directions for reasons that were clearly spelled out. The administration is now seven years old and with only one year to go; it’s therefore, fair that the administration is evaluated on the basis of what it set out to do during the celebration of its one hundred days in office, especially considering that from now till the next one year, it is unlikely for the government to do what it was not able to do in seven years. Anambra gubernatorial election is just by the corner and for now, till the end of the election, what matters most is politics. This is our reality. Although, something that could not happen in seven years, is most definitely, unlikely to happen in one year, except when the process, structures and etc, have been put in place ahead of time. In other words, some ongoing projects can still be delivered by the administration within the next one year before it exits.

Today, more young people have gone into farming and are doing well. So many young people in Anambra are now into rice farming, bagging, and packaging, and that has proven to be a formidable source of financial empowerment for these young people. The continuous awareness of opportunities in the agricultural sector and support to farmers by the government is largely responsible for the influx of agro investors in Anambra state. Although the state is yet to take advantage of its weekly multimillion fish market, which it could have easily turned inwards with its vast human resources, to produce fish for the existing market in the state.

For industrialization, the government has no known policy on how it hopes to engender industrialization in Anambra state. Although the strong message to invest at home made a lot of meaning to Anambra people all over the world, but most of them just could not go beyond acquiring a piece of land or building a personal home in Anambra. The administration’s inability to develop a clear roadmap and tap into budding industrial complexes in Nnewi and Onitsha, left this target almost completely dormant, for seven years. For to be able to generate the right appeal for industrialization, there has to be a relatively steady power supply. There also has to be centralized system of water supply, alongside favourable policies to cutoff bottlenecks, possible tax breaks among others, as motivation, for ease of getting a business started and running in Anambra state.

Today, unfortunately, there is no relatively steady power supply in any part of Anambra state. Although the government has made an investment in the power sector to improve supply, it is either yet to be seen or generally inadequate. Then also there is no part of Anambra where you have a public water supply. Almost every household in the urban centres has a borehole. In villages, residents depend on streams or supply from boreholes by private individuals extended to serve the public, by the individual. In places like Agu-Awka and parts of Ifite, in Awka the state capital where getting borehole water is impossible, residents make use of well water. There are government efforts to establish lasting water projects which will serve a larger community:

Every house around those areas has at least one well, a source of water supply, which usually dries up during dry seasons.

Then, to set up a business in Anambra state, one has to contend with several revenue collectors coming for different revenues, for a business that is just starting, incurring expenses without any profit yet. Although the Anambra revenue board has become a lot organized and structured, yet, to achieve order and systematized revenue payment regime remains farfetched. As of today, this is the situation. Nothing new really, because, the condition remains much as it has always been. Existing industries are rather going into extinction, while many are currently performing far below initial capacity. And with no new ones coming up, the administration without a doubt missed it.

On trade and commerce, Anambra state has been a boisterous commercial state with a lot of trading in almost every corner of the state. The government’s achievement in trade and commerce would have been to upgrade the several markets in Anambra to international standards. Many markets in Anambra state are not more than slums, especially during raining season. Numerous structures in the markets are unplanned. For the most part, roads inside these markets are pathways covered in filth, all of which create the particular chaotic experience that is commonplace in Anambra markets. In his one hundred days in office speech, governor Obiano emphasized that he has “rolled out a 10-year industrial development plan and commenced the development of new markets in Ogbunike, Oba, Awka and Umunze”. As of today, not only that existing markets are much the way they have always been; filthy and chaotic, the new markets are nowhere to be seen, seven years after.

The last pillar of the administration is oil and gas. With some investments at Orient Petroleum owned by the state, something tangible is still to be heard of the Orient Petroleum. “We have commenced plans to ensure that Anambra is recognized as Nigeria’s 10th oil-producing state”, Obiano said while marking his one hundred days in office. Again, this has not happened, seven years after. In fact, all the fantasies about Anambra being an oil-producing state have since vanished; sufficient evidence that there is absolutely nothing happening at Orient Petroleum.

On security, the administration made modest impact as a result of which the state is arguably the safest state in Nigeria. Though there are cracks on the security walls of the state, but the fact is that the gains made by the government on security are an outstanding one; a legacy that was partly bequeathed by Obiano’s predecessors. On infrastructure especially road construction, while the administration made important initial gains on road construction, these gains have almost collapsed comprehensively on account of poor road maintenance across the state. Several major roads in Anambra are in desperate need of repairs, some have broken down beyond mere repairs. However, at the community level, an appreciable novel idea of ‘choose your project’ ensured that each community got a government-sponsored project. Although, these projects were not based on needs assessment, which is the main blunder of that policy.

On health, there is hardly any worthwhile improvement; just pockets of progress. Even with the COVID-19 crisis, there is nothing significant happening in the health sector. But for education, on a general note, the administration at least retained the quality of Anambra’s output on education. Then for the environment, an appreciable effort is being made to control erosion across the state. Considering the cost of these efforts, it is a promise kept by the administration. But on waste management, the administration scored below average. Piles of refuse remain a constant sight in city and street corners all over the state. On housing and urban development, there is nothing momentous.

In the near future, housing will pose tremendous challenges in, for instance, Awka the state capital. With the constant rise in the cost of house rent, most families will soon not be able to afford decent accommodation in Awka because the rent is rising in a manner that is incomparable to the average salary earned by the government and other corporate workers in Awka. Notwithstanding, there is nothing on ground to checkmate the brewing housing crisis that may engulf the city soon. No low-income housing scheme, no serious property evaluation. People are left on their own to pay if they can or look elsewhere. On tourism, there is just nothing happening there. It is still the same ‘potential tourism industry’ that it has always been.

Then for youth and sports development, the highest youth empowerment effort is the inclusion of many young people in the government, by the governor. Aside from this political empowerment in form of appointments as Executive Assistants, Special Assistants, Senior Special Assistants, there is no systematized capacity building programme to empower youths in Anambra state. At the local level, the local government system is nearly non-existent in Anambra state. There has not been a local government election in seven years and no known plan of local government election from now till the end of the administration’s life span, next year. Even the appointed Transition Committees have since stayed more than the elected officials, to the extent that APGA members are now opposing the arrangement.

And so, as the administration marks its 7th year in office and prepares its exit in exactly one year, beyond the fanfare on the side of the supporters of the government, and the intense criticism on the side of the opposition, good or bad, Governor Obiano’s administration must be subjected and measured against its own agenda, from the onset. The Administration’s set target from the beginning as elucidated in its one hundred days in office must be carefully measured against the current reality. Whatever is the outcome of this artful assessment is exactly how well or badly the administration has performed, so far.