Nnamdi Kanu Attacks US Over Attempt To Assassinate Gov Ortom 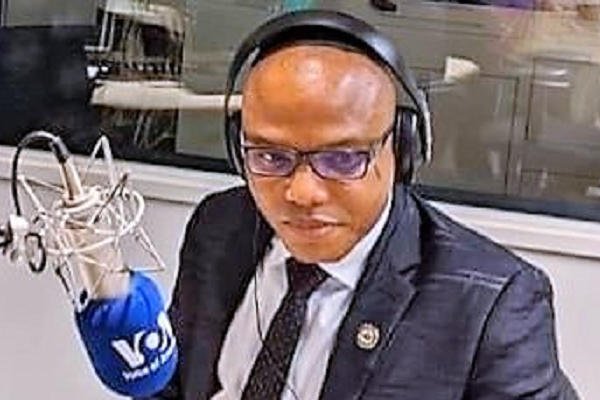 Nnamdi Kanu, leader of the Indigenous People of Biafra, IPOB, has reacted to the attack on Governor Samuel Ortom of Benue State’s convoy by a militia.

Recall that suspected militia herdsmen attacked Ortom in his farm at Tyo-mu, along Makurdi -Gboko road earlier on Saturday

Addressing journalists after the incident, Ortom had said the militia ambushed and opened fire on him and his security personnel on his farm.

If Anything Happens To Gov Ortom, Nigeria Will Be History – Wike Warns

He decried that the attempt on his life happened a few days after the leadership of Miyetti Allah Kautal Hore held a meeting in Yola and singled him out as a thorn in their flesh who must be eliminated.

The governor had pointed out that he received intelligence to that effect.

Reacting to the incident, Nnamdi Kanu in a tweet wrote: “Every day same #Fulani terrorists and their Fulani sponsors in Aso Rock terrorising the whole of #Nigeria.

“Instead of @USinNigeria to condemn such brazen act of criminality, they are busy configuring an elusive fake unity with the same #Fulani murderers. Failure of honest diplomacy.”

The Peoples Democratic Party (PDP) has condemned the attempt by some assailants to assassinate the Governor of Benue State, Samuel Ortom.

Anaedoonline.ng had earlier reported that gunmen opened fire on Ortom’s convoy on Saturday on Makurdi-Gboko Road in Benue but the security details attached to the governor resisted the attack.

Reacting in a statement, the PDP urged the President, Major General Muhammadu Buhari (retd.), to order security agencies to immediately arrest the assailants and prosecute them.