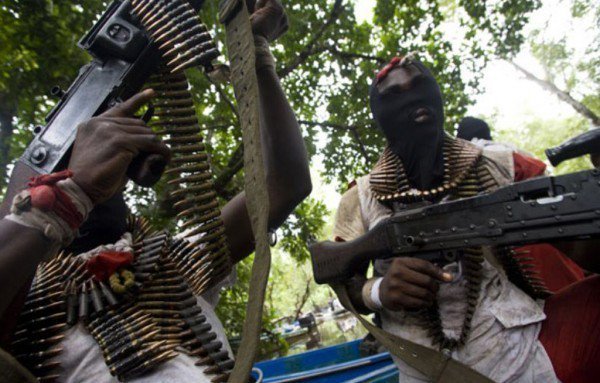 No fewer than eight members of the Redeemed Christian Church of God, Region 30, Trinity Sanctuary, Kaduna, were on Friday abducted by gunmen.

It was gathered that the victims were on a church bus travelling for a programme when they were attacked.

A Facebook user Eje Faraday around 7pm broke the news on his page with a picture of the white vehicle.

“All the passengers in this bus were just kidnapped along Kachia Road, 63 km from Kaduna,” he wrote.

Confirming the incident, an official of the church who did not want to be named told newsmen: “They were eight in number on the bus. They were going to Kachia in preparation for the church’s Let’s Go a Fishing Easter programme. The gunmen took them out of the bus and put them in their own operational vehicle. They have yet to contact the church.”

Kaduna police spokesperson Mohammed Jalige told the newspaper he was still making enquiries on the incident.

He said, “I have contacted our officers along that axis. Actually, we have three divisions in that area. I have got responses from two divisional police officers, who said they were not aware of the incident. I am just waiting for the response of the third DPO. When I get it, I will let you know.”

RCCG spokesman Pastor Olaitan Olubiyi could not be reached for comments.

Meanwhile, gunmen continue to hold 39 students of the Federal College of Forestry Mechanisation, Afaka, Kaduna State 17 days after they were abducted.

BBNaija: See How Fans of Ebuka And Frank Edoho Reacted On Twitter Over Choice of Host