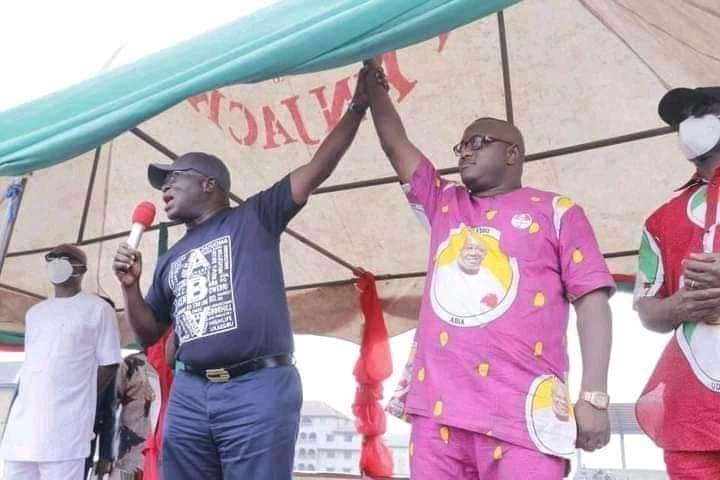 Chimaobi Ebisike of the People’s Democratic Party(PDP) has been declared winner of Saturday’s Aba North and South Federal Constituency bye-election.

Abia Election: Kalu Calls For Repeat Of Elections In Some Polling Units

However, in a related story, the Candidate of the All Progressives Congress, APC, in the ongoing Aba North/Aba South Federal Constituency bye-election, Mr. Mascot Kalu, has said that the exercise was marred by violence in some polling units.

Kalu, who is the younger brother of Chief Orji Kalu, the Chief Whip of the Senate, said he would call for the repeat of the election in the alleged violent areas.

He spoke at the Eziama High School Ward 01, Unit 014, during an interaction with newsmen.

“We have reports of malpractice at Abia Polytechnic, vote buying at Item Hall but here at Eziama, it has been peaceful.

“We had a vigorous campaign and are hopeful we will emerge victorious but it is the people that will decide at the end of the day,” Kalu said.

He denied the allegation that APC engaged the military to disrupt voting in some wards.

According to him, the military operatives only moved into areas they were invited due to electoral violence.

Moment Tinubu Was Saved From Collapsing In Kaduna [VIDEO]