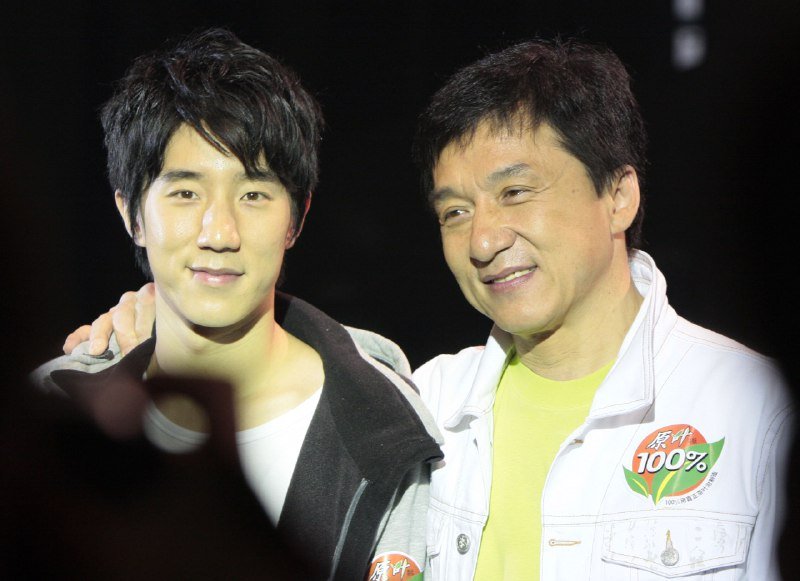 Popular actor, Jackie Chan has said that he will be giving his estimated $370 Million to charity instead of his son, Jaycee.

The actor revealed that his son is capable of making money on his own, and if he doesn’t, he is only wasting his time.

This has sparked several reaction as some feel Jack Chan is wrong for that, while some feel He is right

LGBT: The Partners Of Famous Entertainers That You Don’t Know Are Gay

However, in another story, a facebook user has revealed a top secret about showbiz that has got most fans worried.

For fame, a lot of people have soiled their hands into many commitments. A Ghanaian gospel singer, Ohemaa Jacky is being shamed by web users after her former best friend and actress, Tracey Boakye shared a video which she claimed showed Jacky undergoing rituals for fame.

Tracey shared the video on Instagram asking God to forgive Jacky after the gospel singer took her to the cleaners for exposing her boobs at a gospel singer, Brother Sammy’s album launch.

In the viral video, Ohemaa Jacky is seen chanting at the shrine through the assistance of a popular fetish priest known as Nana Show Boy’s shrine.

The viral videos have been trailed with mixed reactions on Ghanaian social media space.

Jackie Chan plans to leave his estimated $370 million to charity and not for his son, Jaycee. Chan explained "If he is capable, he can make his own money. If he is not, then he will just be wasting mine." pic.twitter.com/0C76AUlIEq

The news of Jackie Chan giving out his wealth to Charity instead of his son is making a lot of you say rubbish.. the son is a serial drug abusers & has gone to jail for possession of drugs couple of times.. now imagine handing $370m to such a son.. Owo ma wogbó

All these years telling people my dad is Jackie Chan for him to leave me with nothing?
I’d choke slam him mina 💀🙃 https://t.co/6T8lRzZTSB

If I was his son, we would fight. Shebi he's Jackie Chan? Make e kuku kill me make ojoro cancel. https://t.co/ZZxU7Rg99D