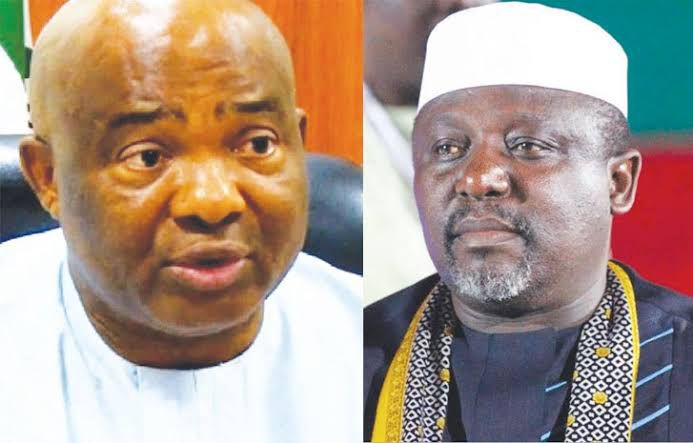 A former governor of Imo State, Rochas Okorocha has claimed that the state governor, Hope Uzodinma, was busy inaugurating roads that his (Okorocha’s) administration constructed. 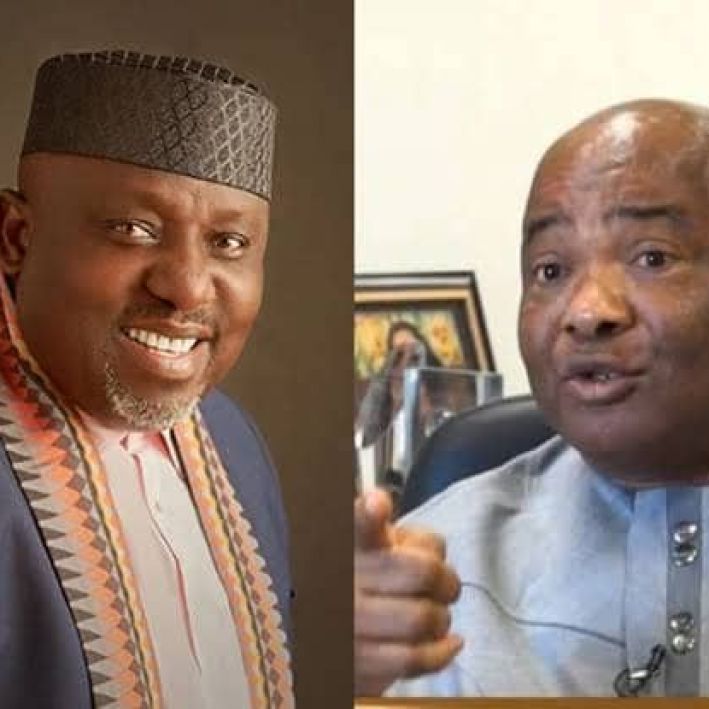 Okorocha, who currently represents Imo West at the Senate, said this while reacting to the last Friday’s inauguration of Akachi Road in Owerri by the President of the Senate, Ahmed Lawan.

The former governor, who reacted through his spokesperson, Sam Onwuemeodo, said the road was constructed by his administration in 2011.

He said, “The Akachi Road which Governor Uzodinma is inaugurating today was constructed by Okorocha the moment he came in as governor in 2011.

“The place where the Akachi Road was constructed was a thick forest. Okorocha constructed the road, it was completed and inaugurated.

This is the second time he’s been arrested in less than two months. The first being February 21 for unsealing a hotel owned by his wife but which was shut by the Imo State Government.

EFCC spokesperson Wilson Uwujaren confirmed to the online newspaper that the former governor was in the agency’s custody.

Okorocha was arrested after a five-hour standoff with EFCC operatives who trailed him to the location.

The paper’s sources said the ex-governor had refused to honour the agency’s invitation for questioning on multiple corruption allegations against him.

Okorocha’s spokesperson Sam Onwuemeodo could not be reached Tuesday evening for comments.

Okorocha has been enmeshed in a political battle with his successor Hope Uzodimma who happens to be a member of the ex-governor’s political party, the All Progressives Congress.