2023 Presidency: Why Northerners Won’t Vote For…

2023: Labour Party Reveals Why Kwankwaso Should…

Whenever the issue of homosexuality or same-sex unions is mentioned in Nigeria, the top two points to counter it is that it is not our culture and it is against our religious beliefs. But because Christianity and Islam are imported, their use as reasons to push back is, sometimes, tuned down and the cultural reason highlighted. It is not our culture, full stop. But are we sure?

For one, Nigeria is a multi-ethnic nation with over 300 distinct cultures. So to talk about Same-sex marriages and affairs in the Nigerian traditional system is to look at it in individual cultures. Igbo, Yoruba, Idoma, Efik, Tiv, Hausa, Beni, etc, all have different ways they look at same-sex relationships

There is no one cultural view on homosexuality among Nigerians traditionally. Sometimes, too, Nigerians take tenets from their religions and pass them on as the traditional culture. For instance, you would hear people say it is against our culture for girls to dress “indecently” and that wearing revealing dresses is imported culture from the west. This is not true.

In Ancient Igboland, unmarried girls do not cover their breasts to show that they are chaste and their bosoms still stand firm. The women’s breasts, belly, and laps are not seen as private parts in traditional Igboland. Then the white man and the missionaries came with their gowns and redefined the Igbo man’s view on nudity.

What does the ancient Igbo have to say about same-sex unions? Is the present Igboman’s view on same-sex affairs what they believe in the very beginning, independent of foreign influences? This is what this post is about, probing the mind of the ancient Igbos on their thoughts on homosexuality?

Can the same sex marry each other in Igboland?

The answer is yes. In Igboland, there are female husbands. A woman can marry a woman under special circumstances. There are two ways this can happen.

1. A woman can marry a wife to keep her father’s name

When an Igbo girl gives birth in her father’s house, outside of wedlock, the child traditionally belongs to her father. In this tradition, a man who doesn’t have sons and who doesn’t want his name to get lost when all his daughters marry out, may decide to “sacrifice” one of his daughters to stay back and bear children that would bear her father’s name.

Modernity may see these children get sniffed at as illegitimate but this wasn’t the traditional idea. A girl who gets pregnant in error is stigmatized and will endure her kid being called illegitimate, but a girl whose father kept at home officially bears legitimate children. In some Igbo climes, the father would conduct a traditional marriage to “officially” wed her into his household. 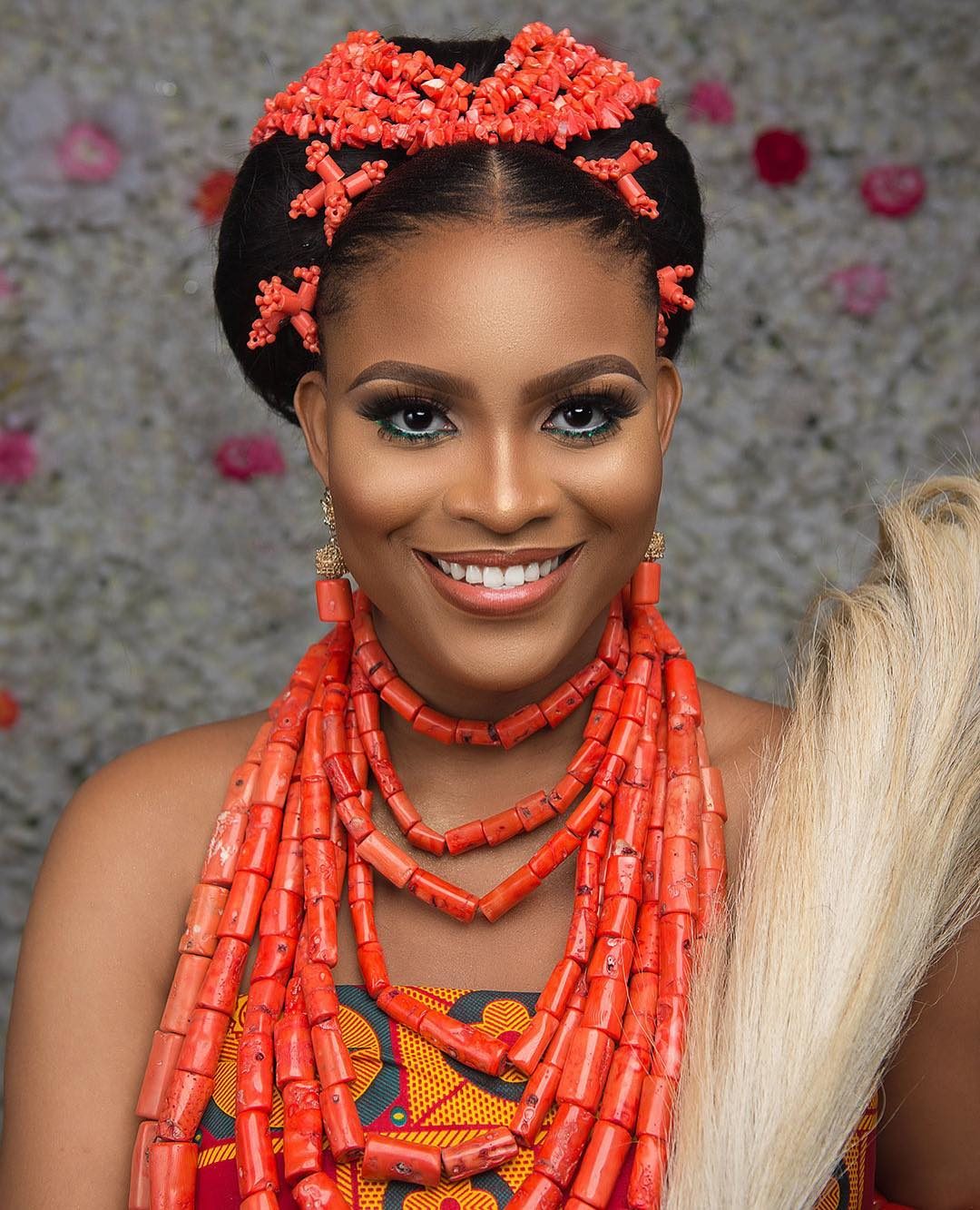 A woman who is left at home to bear children for her father can decide to get another woman to do the bearing for her and to make it official, she has to pay the woman’s bride price and the woman becomes her wife and she the female husband.

In some areas in Igbo land, the name Adaobi originates from being the daughter of the house who has the male role of procreation.

Also, in the case of polygamy, a daughter who has no brothers can decide to marry a wife to bear sons that would inherit things for her mother’s side. For this to work, she has to forfeit her own marriage and remain in her father’s home to play husband.

2. A woman can marry a wife for her husband

A woman who is unable to bear children for her husband is treated as incomplete in Igboland. In fact, a woman can still bear children and still not get her full regard if she doesn’t have a male child. Even if the cause of infertility is from the man, traditional Igbos blame the woman.

Under this tradition, any child a woman bears while married to her husband belongs to her husband and the biological father can never have a claim over this child (DNA tests are anti-Igbo tradition). A lot of wives in the past (and even today) have covertly gone out to get pregnant and bear kids for their husbands in order to be fully accepted. In order to cover the husband’s shame.

Sometimes, the husband knows he is incapable of making children and he looks away as his wife goes into other men’s beds. In some cases, he gives tacit approval. It’s for the lineage.

Even a dead husband who has no kids or just a few can still have children in his name long after his demise and burial. As long as the bride price paid when he married his wife is not returned to his family, any kid his wife delivers belongs to him.

Now, a woman who is barren (to use the common Nollywood word) or a woman whose husband is incapable of fathering children is expected to do something about it. If she has the means, she can marry a wife to go into men’s bed or to go into her husband’s bed in search of children. On her behalf.

This special wife now has two husbands – the female husband and the male husband.

Can a man marry a man in Igboland?

No. The Igbo man sees marriage primarily for legal procreation. There is no need for same-sex unions in Igboland as regards populating the family.

That said, that understood, that’s not the conclusion. The fact that a woman can marry a wife in certain circumstances and men do not, does that mean a female can lay with females since a woman can have a wife? Does that mean that this option is closed to man and man since a man cannot be made a wife? Or does sexual affairs between members of the same sex totally prohibited?

These questions are the subject of the next sections.

What does the ancient Igboman think of homosexuality?

The first place to look at this is in the name the Igbos call homosexuality. There is no original name for same-sex unions in Igbo language. Idina ụdị onwe (which translates to sleeping with your gender) or “mmeko nwoke na nwoke” (affairs between man and man) or “mmeko nwanyi na nwanyi” (affairs between woman and woman) are recent coinages.

These names are not ancient; they are words coined to give meaning to a new word, a foreign act. This explains why the names are descriptive rather than prescriptive.

If ancient Igbos didn’t have a name for homosexuality, that should normally mean it was something that was not in their day-to-day cultural life. But the subject of the past is not normal with nothing taking an absolute conclusive position.

1. The Igbo man is a practical person who tries to give definitions for everything he does. Marriage is a means to increase the family and sex is primarily for making babies. Sex is enjoyable but the Igbos, probably to curtail its abuse, presented it as a necessity for having babies.

Sex between a man and another and sex between a woman and a fellow woman would be solely for pleasure and they wouldn’t be able to logically defend it for its usefulness.

On the other hand, a woman must keep her virginity until her wedding night. A man can demand sex from his wife whenever he wanted. A woman couldn’t say no except when she was on her period. A woman couldn’t ask for sex; she had to show signs if she wanted it.

Homosexuality in the church ruffles feathers

So if the Igbo man only believed that sex was done for men, for the expression of his manliness, he would be outraged if women have sexual intercourse. Lesbianism couldn’t have survived in traditional and patriarchal Igboland.

3. The Igbos are a highly superstitious people. Whatever the Igbos didn’t understand they call it a taboo. Igbo culture is highly taboolized (not an existing word but it would serve where existing words might struggle). A baby growing upper teeth first, twins, smallpox, cocks crowing at night, etc.

You could also say that the fact that the Igbos did not refer to this act may suggest it wasn’t a big deal and that they gave it tacit approval. Not really: the fact that they didn’t mention it points more to great disapproval. Igbos try to distance themselves with acts that they consider unspeakable and abominations. Incest is an abomination in Igboland and like homosexuality, it is not named and not referenced. That could mean it is not worthy of recognition in whatever guise.

5. Igbo traditionalists today do not agree with homosexuality. If we argue that the rejection of same-sex unions in Igboland is a creation of Judeo-Christian values imported into the country from the late nineteenth century, that leaves us with the traditionalists. They do not go to church or worship a foreign God. We call them pagans but they are the people who worship the gods of our forefathers, they are the custodians of our cultural past.

For the purpose of this research, I contacted a few of these traditional worshippers and they have one response towards same-sex unions and acts – scorn.

By the information we know on traditional Igbo thoughts about sex and sexuality, on traditional Igbo conservative sex life and an absence of drive to explore, on Igbo zero reference of it, on traditional Igbo tendency to call anything relatively unnatural a taboo, and by the words of Igbo traditionalists today, homosexuality is a strange act among Igbos. While an Igbo woman can get a wife under special circumstances, sex between people of the same sex is un-Igbo.

Connect with us on Linkedin

INSECURITY: Governors Under Tension Over Attacks In Imo – Fayemi Reveals

What Happened To The Evil Forests In Igboland?