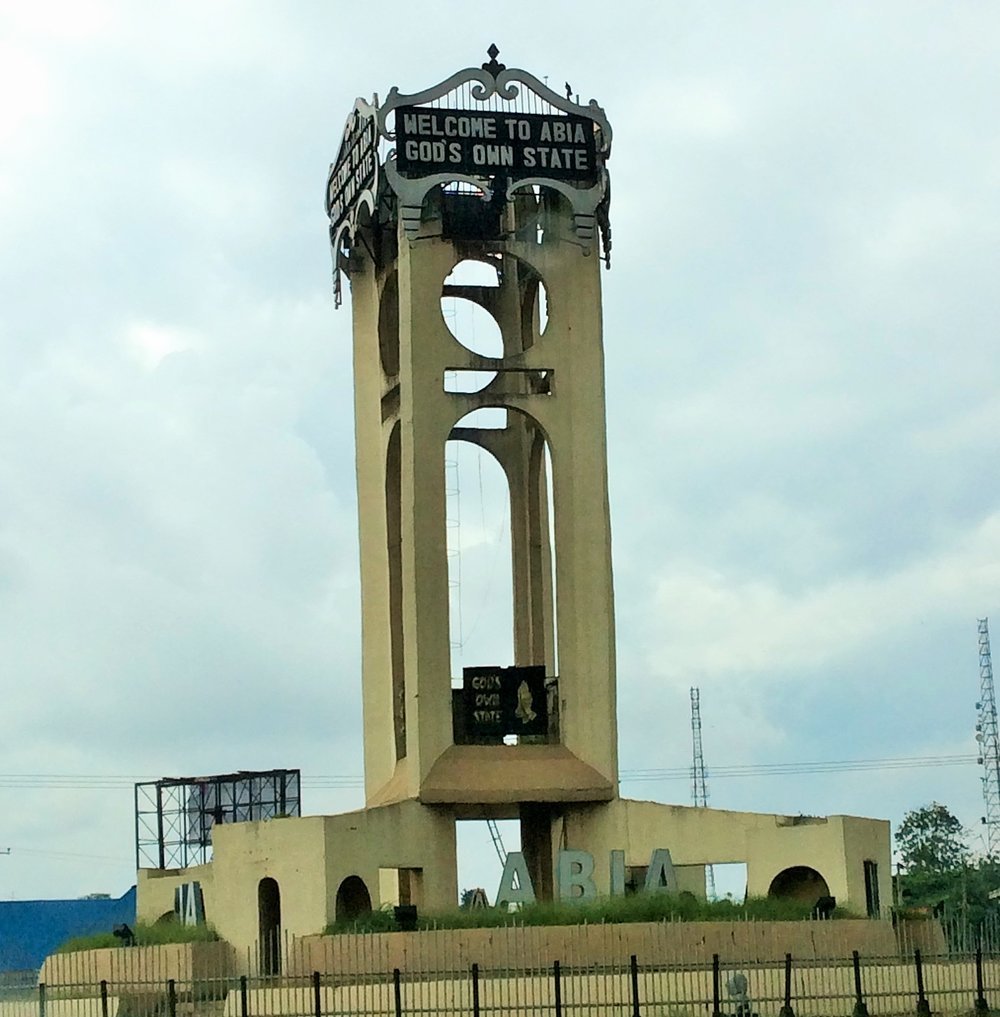 The state that houses the famous city ofAba, Abia state is the first state that will pop up on your radar if you google for the list of states in Nigeria. It earned this right alphabetically and perhaps it is the first in many other aspects. The state with the slogan God’s Own State was created on 24th August 1991 Old Imo State. In 1996, it contributed a part of it with Enugu in the creation of Ebonyi State. Abia is one of the two states in the Southeast region of Nigeria that is considered part of the political Niger Delta region.

The name Abia was derived from the four more populated areas in the state: Aba, Bende, Isikwuato, and Afikpo (Abia lost Afikpo to Ebonyi). Umuahia is the state’s capital while Aba is the commercial hub. It is usually said that whatsoever you want, you can buy it in Aba. This is a testimony to the depth of the city’s productivity and craftsmanship.

Fun fact: Aba is the most populated city in the southeastern region based on the last census (excluding metropolis).

Abia is regarded as the 5th most industrialized state in the country, and has the 4th highest index of human development in the country, with numerous economic activities and fast-growing populations as recorded by the United Nations in early 2018. The state also houses the biggest cattle marketplace in Nigeria.

Abia State has several places of interest for both tourists and residents alike, these places might pique your interest. Here are the top tourist centres In Abia State.

The museum has a collection of objects of traditional and modern warfare. There are also outdoor displays of warships, military aircrafts, armored tanks, and “Ogbunigwe” (bombs produced locally by Biafra during the Nigerian Civil War). While the civil war lasted, various sophisticated weapons were used. Some of these deadly weapons were fabricated due to the exigencies of the war, showcasing the pure ingenuity of the people who had little or nothing except the resolve to create a home for themselves.

The museum’s location was chosen because it was where the bunker housing the famous shortwave radio “the Voice of Biafra” was transmitted from. The Voice of Biafra was the mouthpiece for Biafra during the war.

The National War Museum has the highest collection of Nigerian civil war weapons that are no longer in use. The weapons are from both the Nigerian military and the defunct Republic of Biafra. The place has become a tourist site that attracts hundreds of people daily. They come from within and outside the country to see the war artifacts on display and to relive the history of a conflict that stretched her people.

Not too far from the museum is the location of Ojukwu’s bunker. Ojukwu’s bunker is an underground safe house where he held meetings and has a connecting tunnel to the radio bunker (that has now become the national museum). 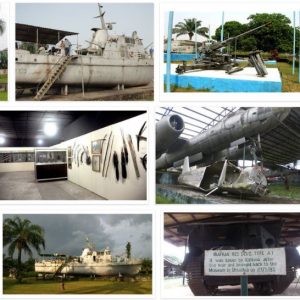 The Blue River, a former slave route in the town of Azumini in Ukwa East Local Government Area of Abia state is one spectacular sight and one of the Top Tourist Centres In Abia State (Ukwa East is 80 KM from the state capital, Umuahia).

The river, which turns green when it rains, begins its course through the community of Okpu-Umuobu, Aba, running along the border with Akwa Ibom.

According to research, the river served as a route for inter-communal trade, for businesses like the oil palm trade (and slaves until 1833) between the hinterland communities and the coastal areas. When the British came to Nigeria, this river became useful for the powerful Royal Niger Company.

All The Traditional Festivals Celebrated In Igboland

In a video by the Ijeoma E. Onuigbo Life Foundation, it suggests that the river was the site of the sale of King Jaja of Opobo as a slave to Bonny Island.

According to Folio NG, Between 1999 to 2007, there was a gazetted documentation by the National Assembly during the time of Adolphus Wabara: “I think Azumini [inland] port or dry port is also gazetted in the international catalog. The quality of sand and colorful stones in the river influenced the location of International Glass Industries at nearby Aba.”

In a preview of Africa Magic Igbo’s Onye Ije The Traveller series, a diver with a bucket is seen preparing to enter the water at a part called Minichu, where it would take him three minutes to fill it with sand. The river has been cited as a research site for the Philippines-based World Fish Center. Reports in Nigeria further credit the river as the discovery site of an extinct primate, the C. Sclateria. 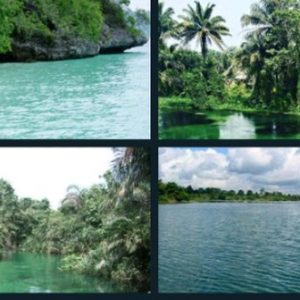 The Arochukwu long juju is popular all over Igboland, originally called Ibini Ukpabi but known among the British as the Long Juju, it served as a mediator for the people in different cases and is a source of one of the top tourist centres in Abia State.

There is a six-foot gully though now covered in a thickset forest that leads into the ancient Cave Temple. This is the main oracle shrine of Ibini Ukpabi and which stands as if on guard the cult statue of Kamalu “the warrior god”.

The site also contains an altar, which is the kitchen area. A waterfall (the loud sound of which from a distance is regarded as the prophetic voice of Ibini Ukpabi). There is also the throne of judgment – the dark presence (“the Holy of Holies” equivalence) where those who were found guilty walked into dark tunnels and those found innocent returned to their relatives.

Other features include a hill of rags – the place where the condemned were required to undress and leave their clothes before they disappeared into the tunnels around the hill of rags. There is also the tunnel of disappearance, which is the dark tunnels into which the victims disappeared.

At the site can be found the red river where it is said that as the victims disappear. Actually, the Aro coloured the river red to give people the impression that the condemned had died, the water flowing down the stream gave the sign to the relatives that the victim was dead. Another feature is the Iyi-Eke – an outlet from where the victims now blindfolded walked to “Onu Asu Bekee” (the European Beach, which later became the government beach), and from there, waiting boats took the enslaved to Calabar for onward transmission to Ala Bekee (Europe or America). 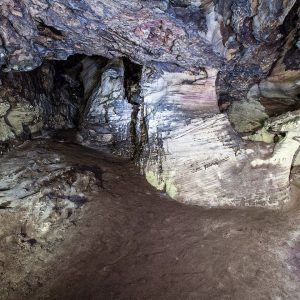 A site for tourists who are interested in the days of colonial masters and its era. The National Museum of Colonial History in Aba was opened in 1985. The museum’s building, which is also a national monument, was brought in from Britain in the 1890s and assembled at Akwete to serve as a trade station.

Its collection consists of objects relating to the colonial period in Nigeria and the country’s path to nationhood, the old Nigerian money, and relics of the slave trade era, etc. 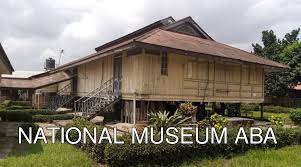 Amakama Wooden Cave is one of the Top Tourist Centres In Abia State. Surrounded by an air of mystery and sacredness, The Amakama wooden cave is a sort of wonder tree that draws tourists far and near. It is a hollow inside a tree that can accommodate more than twenty people at the same time.

The tree is claimed to be as old as the Amakama community (Umuahia South Local Government Area) and had acted as a safe haven to the community during the inter-tribal wars and the slave raids era. The beautiful serene environment of the site is good for the construction of a standard tourism village. 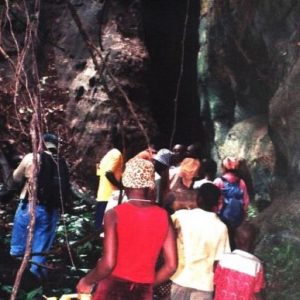 Nigerians Call Out Prophet Odumeje Over The Death of Ada Jesus