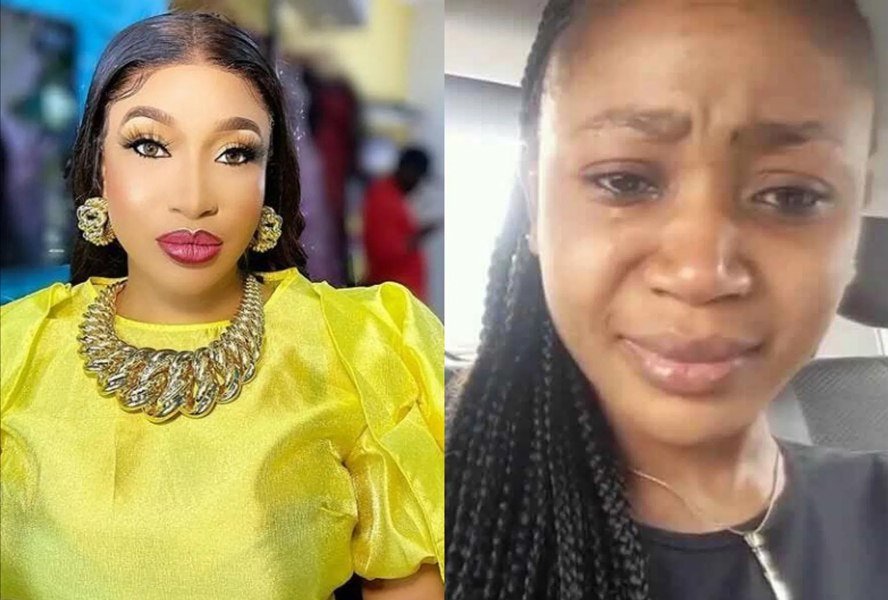 Nollywood actress, Tonto Dikeh has pleaded to the Ghanaian government to release actress, Akuampe Poloo who was jailed for nudity.

Anaedoonline.ng recalls that Akuampe Poloo was sentenced to three-months jail term for sharing a nude photo of herself and her son on social media.

She was charged with publication of obscene materials, engaging in domestic violence and undermining human dignity. She pleaded guilty.

Her conviction has since stirred reactions as some of her fans also signed petition seeking her release.

Nollywood actress, Tonto Dikeh has also pleaded with the Ghanaian government to temper justice with mercy.

Advocating for her release on her Instagram page, Tonto said although the picture was classless and she could never do it, it is not enough reason to jail the actress.

Her post read, “One thing they always say is no one can tell a Mother how to bring up her Child. It only becomes society responsibilities when you are hurting the child.

“In this case I see no hurt here, Can I take same picture? No I wouldn’t, not even in the next life but I’m different doesn’t mean the Act is Totally wrong when it’s in the privacy of your home alone.

“But are the pictures morally wrong? YES. Classless? Yes Sir but not bad enough to go to jail ? No I don’t think so.”

The mother of one appealed to Nigerians to sign a petition for the release of Akuampe Polo.

“Dear Nigerians please show some Love and support let us get this petition document filled up and get Our Girl back home,” Tonto Dikeh wrote.

Victor NdubuisiJuly 26, 2022
Another great offer for you