Nigeria: Hotspots For Arms Trafficking Has Been Discovered – Police Reveals 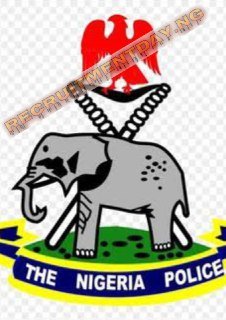 After much research and investigations, The Nigeria Police Force (NPF) has said that it has uncovered the hotspots used by the criminal syndicates for arms trafficking in Nigeria.

Nigerians In Battle With Police Over Moving With Ex-Bbnaija Star With Four Armed Escorts
Frank Mba, Spokesperson of the Police made the disclosure while speaking on Thursday when he featured as a guest on ‘Good Morning Nigeria’, a program on NTA monitored by Anaedoonline.ng

According to Mba, the hotspots are majorly the border areas across the country, adding that the unmanned borders offer easy passage for arms dealers.

Mba said that the force is also working towards apprehending persons involved in the manufacturing and export of small arms from Nigeria to neighboring countries.

The police spokesman added that the police are working towards dismantling such criminal operations.

“We’ve also come to understand very clearly the international dimensions of arms trafficking, and that’s why we are focusing on identifying, investigating, and dismantling international arms smuggling syndicates.

“We have done that successfully from 2019 till now; in fact, for one of the syndicates, we tracked all the way from Saki in Oyo state through to the Benin Republic, followed their route up to Burkina Faso, and picked up every single person involved.”

Mba, however, revealed how security agencies tracked a criminal syndicate from Nigeria to Burkina Faso and recovered thousands of AK-47 ammunition.

The police PRO noted that the police worked with other international agencies to apprehend the criminal syndicate.

“We worked with INTERPOL, we worked with WAPOL, and from that particular syndicate, we recovered up to 6,000 rounds of AK-47 ammunition,” he added.

Onitsha Vs Nnewi: Weighing In On Southeast Commercial Giants