Onitsha Vs Nnewi: Weighing In On Southeast Commercial Giants 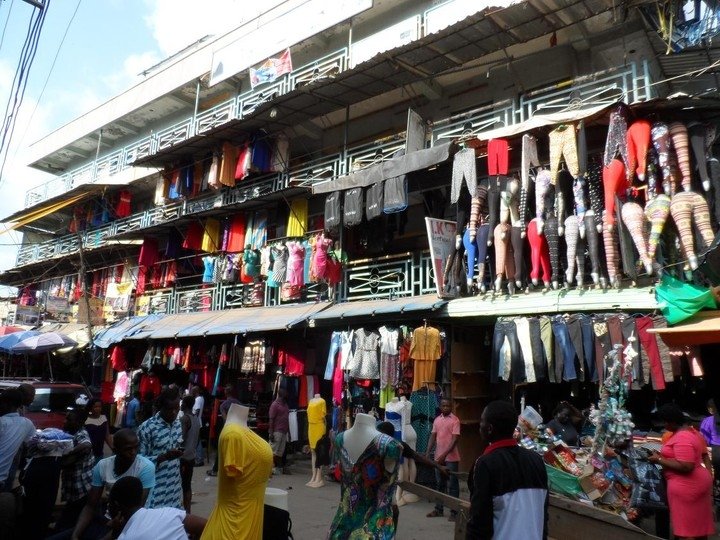 Onitsha Ado is a bubbling commercial city while Nnewi is a calmer town, both of them are located in Anambra State, close to the eastern bank of the Niger River. Onitsha is known for its river port and as an economic hub for commerce, industry, and the odd trade. Nnewi is known for being the home of industrialists, of manufacturing, and of auto spare parts.

A comparison of the two cities can only be possible if every city is dwelled on, solo, before the scaling of the two. we start with Onitsha.

In the 2006 Nigerian census, Onitsha had an estimated city-proper population of over a quarter a million people. Its metropolitan area has been projected to be around 1,500,000 inhabitants as of 2021. The indigenous people of Onitsha are Igbo and speak the Igbo language. The Onitsha people are referred to as Ndi Onicha. Onitsha houses the Onitsha Main Market, the largest market in Africa in terms of geographical size and volume of goods

There are several markets in Onitsha metropolis; some of them are:

The Onitsha Main Market is one of the largest markets in West Africa based on geographical size and volume of goods. It is governed by one of the most revered traders associations on the continent, the Onitsha Market Traders Association (OMATA).

Most of the major import merchants from Eastern Nigeria have their head offices within the market. The average traders in the area are known to bring in at least six consignments of 40 tonnes (40-feet containers) of goods annually. Some of the major importers do more than 200 consignments of 40 tonnes of goods per year. These include jewelry, clothing, household, industrial, and office equipment.

The market is secured by the Onitsha Main Market Vigilante Services working under the auspices of the Nigeria Police Force. The market can be described as the commercial powerhouse of West Africa. It is massively patronized by merchants in the ECOWAS sub-region including Accra, Abidjan, Douala, Niamey, and Cotonou, and elsewhere on the continent, etc.

A wide variety is on offer in Onitsha Main Market. Despite good security efforts, many pick-pockets and swindlers are active in the marketplace

Dubbed the small town of the super-rich by Forbes, Nnewi is the second-largest commercial and industrial city after Onitsha. The main town referred to geographically as Nnewi North comprises four quarters: Otolo, Uruagu, Umudim, and Nnewichi.

Nnewi is blessed with talented industrialists. A large percentage of their craft and love for industrialization can be attributed to the town housing major production facilities since the early 90s.

The first indigenous car manufacturing plant in Nigeria is located in the city while the first wholly made-in-Nigeria motorcycle, the ‘NASENI M1’ was manufactured in Nnewi.

Nnewi is the second-largest commercial and industrial city in Anambra state.

In Nnewi, there are few international markets and countless local markets. Wrongly, people do refer to all the markets in Nnewi as “Nkwo Nnewi”. This could be due to the popular Nkwo Triangle at the heart of the town, and, perhaps, because the marketplace is very close to each other. hence, they just casually refer to all of them using the popular name- Nkwo Nnewi

Here’s a list of markets in Nnewi (the major ones):

This market is the largest automobile market in Africa. New motorcycles of different brands are sold in this market, with spare parts too.

As Nnewi is the automobile hub of Africa, it dominates the motor spare parts markets, just like the motorcycle spare parts. In this market, you will find different brands of new motor parts, including lubricants, batteries etc.

This is the biggest market in Nnewi by landmass. Here, all kinds of household goods, clothes, drugs, provisions, books, liquors, foodstuff, etc are sold.

This market occupies the road that leads to Nnewi General Market. On the road stretch containing this market, all types of building materials are sold.

This market is currently located by Old Onitsha road between Ibeto Junction and Nnewi round-about. You can get all your electronics and electrical equipment here.

This market is located at one of the entrances of Nnewi motorcycle New parts. Different brands of generators and their parts are sold in the market.

This is a market where timber is processed, wood and timber materials are sold here as well.

Asides from the markets, it is home to many major indigenous manufacturing industries in Nigeria and also many manufacturers are natives of Nnewi including Chief Cletus Ibeto of Ibeto Group of Companies, Chief Gilbert Obiajulu Uzodike of Cutix whose manufacturing plant is located in Nnewi.

There is also Ebunso Nig. Ltd, John White Industries, Ejiamatu Group of Companies, etc. The great majority of industrialists in the cluster of spare parts factories in Nnewi are also traders and most of these traders are producing one or more of the products.

Nnewi Motorcycle Spare Parts Shuts Down, You Need To See Why!

In excess of 20 medium-to-large-scale industries have been established across a variety of sectors. Since 1970, Nnewi residents have controlled approximately 80 to 90 percent of the motor-parts trade in Nigeria. Nkwo Nnewi Market is the major import and wholesale point for motor spare parts in Nigeria.

The industrialists of Nnewi are adapting foreign technology to local needs, providing employment for thousands, and making available goods and services that meet the actual needs of  Nigerian citizens. The first indigenous car manufacturing plant is located in the city, (owned by Innoson Group) while the first wholly Made-in-Nigeria motorcycle was manufactured in Nnewi by the National Agency for Science and Engineering Infrastructure (NASENI).

Nnewi is an authentic “manufacturing miracle.” Small and medium-sized industries have set up in the town and are producing not only for Nigerian markets but for markets abroad.

People who have their own branded products produced in China shipped to Nigeria, and sold across African states.

The Onitsha and Nnewi Comparison

These cities and their mega markets have contributed to the holistic view of the Southeast as an entrepreneurial hub. Deciding which is bigger or more influential will be weighed on the basis of net worth, production capacity and reach.

While Onitsha Main Market deals on 80% importation, Nkwo Nnewi and the production facilities going on in Nnewi contribute to the overall export rate of the country.

The net worth of both are largely unknown but with major production ongoing in Nnewi, it is safe to assume that its profit margin will be higher than the profit margin of wholesalers and retailers in Onitsha markets.

In terms of sheer volume and size, Onitsha Main Market is 10 times the size of Nkwo Nnewi, it has more shops, a bigger customer base, and a higher in-flow of naira. Many would tell you that this is what matters most.

Nigeria: Hotspots For Arms Trafficking Has Been Discovered – Police Reveals

IPOB Sit-At-Home: Awka, Onitsha, Others Shut Down As Residents Comply With Order